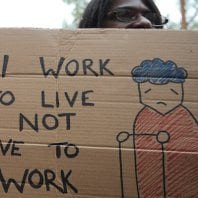 As a social worker on the Hill, I have had a front row seat during battles over the welfare state. Usually, the main combatants are Republican conservatives who continue their relentless quest to reduce government’s involvement in providing for indigent Americans and Democratic progressives who believe government must be involved to ensure an adequate safety net. Conservatives want relief for the poor and disabled left to private charity. They believe citizens should not be taxed to provide welfare and other social services and should be allowed to willfully give a portion of their earnings and resources to private caregiving entities. They view the welfare state as an unlawful transfer of wealth—taking from those who worked hard to be successful and giving to people who lack the motivation and drive to do for themselves. They believe providing unemployment insurance to laid-off workers reduces their incentive to go out and find another job. They believe individual effort—personal responsibility—should be the driving force of a healthy economy.

Progressives on the other hand believe society is strongest when people work together to achieve common purposes. Jared Bernstein characterizes this debate as YOYO vs. WITT—“you’re on your own” vs. “we’re in this together”. Somehow, I believe there is more to that phrase in the Constitution’s preamble—promote the general welfare—than just providing security and an orderly society. I believe the founders had to believe in a “we’re in this together” philosophy because they knew cooperation was needed as much as competition to ensure progress. You only need to look at Congress today to understand how dysfunctional competition is without compromise.

After centuries of leaving poverty to private charity, we got the English Poor Laws. The economic crash of 1929 and the Great Depression forced the federal government to intervene in order to keep many Americans from starving. Since then we have been in this endless battle to define the parameters of the welfare state. Conservatives have been working nonstop to rollback New Deal policies. They would like to see the privatization of Social Security and the elimination of unions and other collective bargaining efforts. Progressives have been hard at work protecting safety net programs—preventing the block granting of social welfare programs, fighting against cuts in Medicare, Medicaid and food stamps. All the while the economy is spiraling out of control in the favor of the wealthiest Americans. The top 0.1 percent of American families now own as much as the bottom 90 percent. 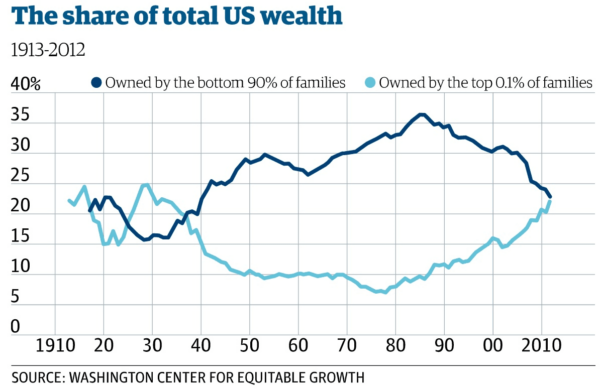 Economic inequality is the mother of the modern day welfare state. Even conservatives are beginning to understand this. Arthur Brooks, president of the free enterprise promoting think tank the American Enterprise Institute, recently declared that it was time for conservatives to make peace with the welfare state—a startling comment from a hard line conservative. My guess is that he understands it is the price that must be paid for such a high level of economic inequality. In a society where income is distributed more equally, there would be a larger middle class which existed in the middle of the last century. There would be more people working because we would have more consumers with more disposable income. We would have less people needing food stamps and less people would be eligible for the Earned Income Tax Credit.

So, where should social workers stand on the welfare state? We should of course fight to ensure there is an adequate social safety net, but at the same time we should be looking for ways to reduce the number of people who depend on a social safety net which requires a more fair and equitable society—concepts that are foreign to conservatives. Those of us—social workers—who take seriously the profession’s commitment to social justice are the best hope for the poor and middle class. However, if we are not able to present a compelling vision about how we become a more just society then we will spend all of our energy trying to protect a burgeoning social welfare safety net.

Democrats lost big time in the midterm elections not because of the low voter turnout. They should not expect better results in 2016 because the composition of the electorate will be more in their favor. Democrats lost because they failed to present ideas to the American people about how progressive policies would make their lives and their children’s lives better. Had they been able to articulate a path to a more just and equitable society, voter turnout would not have been a problem.