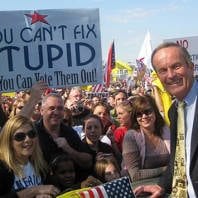 by Stephanie Cianfriglia and a recent BSW graduate from Keuka College

Things that have been in the news lately have had me feeling very frustrated.

I am getting tired of seeing all of the shootings and nothing getting done. The media, our government, come out together to talk about “the tragedy of” (pick one: the Sikh temple, Aurora, in Washington DC at the FRC) but nothing gets done. Legislation never changes as our Congress remains in partisan blocks. Our government maintains that having 2nd amendment rights, and upholding them, seem to be more important than saving lives or preventing deadly weapons from ending up in the hands of the mentally ill. (And the fact that guns policy is argued over with so much more fervor than mental health policy is also disheartening.) Then the NEXT shooting happens and it happens all over again.

And then, I cannot even BEGIN to wrap my head around what Missouri Rep. Todd Akin was thinking when he made his remarks about pregnancy and “legitimate rape.” Meanwhile, our new potential VP, Paul Ryan, and his party in the Senate are seeking to change rape abortion laws so that only victims of “forcible” rape can receive abortions if pregnant. This would officially exclude cases of incest rape, MR/DD women who could not consent to sex, statutory rape, etc. Although most have condemned him for his remarks, there are some other outspoken right-wingers who are defending him with a similar reckless sexism. Just look at this from Twitter:

(Fischer recently condoned the kidnapping of children of gay parents, calling it an “Underground Railroad.”)

Where does it end? If women are doubted after being raped, what does that leave men who are? I have a good friend, a MALE friend, who experienced two violent sexual assaults. Seeing this dismissive attitude against rape makes me think we will keep on going backwards. If women lie about rape, than men just do not get raped at all.

But what frustrates me the most is the word association that seems to be occurring in our vitriol-fueled political atmosphere. Our titles make us enemies. I am liberal, therefore I am “a sissy,” is what is sometimes expressed. “Conservative men are REAL men.” “Liberals lack common sense.” “Liberals are against freedom.” I feel as if being a proud social worker becomes a good laugh, I’m another one of “those” people. Once, on Twitter, under the hashtag #WhatMightAnnoyALiberal, a man said that if poverty disappeared, Democrats would “lose their platform.” As if poverty was something that exists only for political gain, and it is being enabled for that reason. I found that quite sick. This was coming from a US Veteran.

I do not like these titles. I do not like anyone who shows open ignorance and hatred in a public forum. I just am growing tired of the political games and gaffes I keep seeing. I am tired of nothing getting done. Yet it makes me want to work harder so that the smallest change can occur. It’s the only way change happens, and small victories are, indeed, still victories.