After having a twitter conversation with a social carer in the UK, I was made aware of some breaking news that is taking the United Kingdom by storm. According to BBC News,  Sir Jimmy Savile (Knighted), whose fame rivals that of Sir Elton John here in the States, has been raping and abusing under-aged girls over the course of four decades. The police have at least eight recorded instances of allegations against him. Yet, Sir Jimmy Savile was granted the privilege of dying from natural causes at the age of 85 years old without ever answering for his monstrosities, and it appears his crimes were protected until one year posthumously. He was known as a celebrity, philanthropist, and charitable giver. Does this story sound familiar?

Does this story sound reminiscent of our own recently dishonored philanthropist, the Great Jerry Sandusky of Penn State University. For those who may not be familiar with this particular monster, Mr. Sandusky, under the guise of a honorable football coach of a highly esteemed educational institution, used a charitable organization to identify vulnerable children to rape over the course of decades.

As children, we are taught to fear the boogie man, the big fury monster with big teeth, and the red devil with horns and claws. We do 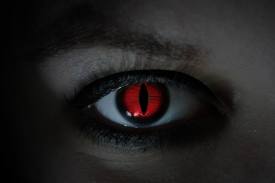 ourselves and our children a disservice by failing to arm them with the knowledge to keep us all safer. More precisely….. Evil is beautiful, charismatic, and alluring while appearing to be kind, genuine, and caring.

Predators are attracted to and they embed themselves within charitable and public institutions tasked with serving the most vulnerable in order to have unchallenged access to their prey. This is further evidenced by the recent revelations on the tracking of pedophiles posing as Scout Masters within The Boy Scouts of America. Currently, there are no mechanisms in place to identify or screen these predators from employment such personality test or psych evaluation. If you have ever felt like you work in an evil environment or felt confused by a relationship, your instincts are your best ally in alerting yourself to possible dangers.

We ignore our instincts because our eyes deceives us, and we often are confused by predatory actions. When you feel confused about someone’s intentions or confused about their character, this is your proof to run. Listen! Listen! Listen! Don’t doubt or dismiss the feeling you have that something is not right. We are all built with spider senses to alert us of the pitfalls we should navigate away from. Quit trying to analyze the intentions and pay more attention to their actions.

Here are a few resources that I would like to leave you with:

For sources on  Jerry Sandusky and Jimmy Savile view these links.