byDeona Hooper, MSW
in Politics
0
ADVERTISEMENT
Share on FacebookShare on TwitterShare on LinkedinShare on PinterestShare via EmailShare on Reddit

In person Early Voting officially started on October 18th here in the Tarheel State also known as North Carolina. Yesterday, I had the privilege of going to exercise my civic duty by casting my ballot. For those who like sporting the “I Voted” sticker like I do, you will notice that this year they are about three times as big as the usual size. Not only will people know you voted, but you instantly become a walking “Get Out The Vote” advertisement. Also, I had to stand in line and wait before I could summon the powers of my voting rights. I get excited to vote because it is the one moment in time where nobody is more important than me. I live in a battleground state, and my vote really really counts. 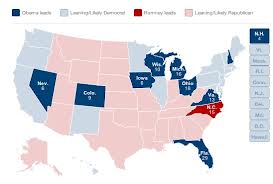 Apparently, other people are feeling the same way because it appears that folks are coming out to vote with a vengeance. Normally during the early voting period, you go early to avoid the long lines. However, this year seems different from in the past. The atmosphere relayed that North Carolinians are proud to be one of the only two States that actually vetoed Voter ID Laws out of the 12 Battleground States.

Living in a battleground state, you are courted with flowers and candy all year long by the candidates. It seems like the President, First Lady, or the Vice President is here every other week notwithstanding the visits by the Challenger and his camp. Also, this year seemed extra special to North Carolinians because we hosted the Democratic National Convention despite serving as a Model Right to Work State eager to rid the world of unions and worker’s rights. Many on the message boards called us a backward State, but we are proud to say that at least we are much more progressive than South Carolina.

The downside is the bombardment of political ads. Satellite and cable tv at least gives you an option to escape the television ads. However, the internet and Youtube is fair game. You can’t look at anything on the internet without seeing a political ad. As of yesterday, North Carolina has been awarded to Mitt Romney’s win column according to the political Oracle.  However, Public Policy Polling (PPP) located here in the Triangle Area is calling it a dead tie which basically means the climate is so polarized nobody really knows whether North Carolina will be blue or red. Racial tension is high and party lines are pretty much divided between white men and everybody else. However, I predict that when people enter that voting booth, although they may not admit it, they will be voting for President Obama because they know what is at stake.