Human Rights in the LGBTQ Community of Malaysia

byPanagiotis Pentaris
in Global, LGBTQ, Social Work
0
ADVERTISEMENT
Share on FacebookShare on TwitterShare on LinkedinShare on PinterestShare via EmailShare on Reddit 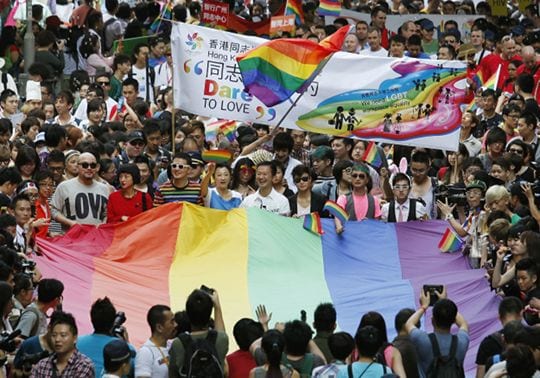 Prime Minister Najib, in Malaysia, in July, 2012, gave public speeches regarding new policies and measures that will aim to the social coherence of the community. Within those speeches he claimed for discrimination against LGBTQs, while at the same time he contradicts himself to his self-proclaimed profile as a ‘global moderate’ leader.

The policies and government actions that discriminate agaist the LGBTQ community in Malaysia right now, amongst other concepts, include: the shutdown, by the government, November 2011 Seksualiti Merdeka (Sexual Diversity) Festival; the program promoted by the government which trains volunteers to “convert gays”; and a recent public recommendation by the Deputy Education Minister Dr. Zarkashi.

In his recommendation he stated that educating parents in how to recognize the “symptoms” of ‘gayness’ will be very effective in fighting increase of an “unhealthy environment” for the other children in schools, such as having gay or lesbian peers. This recommendation has been taken into consideration and discussions are taking place.

The LGBTQ community in Malaysia is currently facing numerous of challenges, while they are oppressed in a moderate and indirect way. However, this still depicts discriminatory policies and oppressive actions by decision-makers. There are indications that sexual orientation or preference highlights a disease.

Based on that “problematic justification”, wouldn’t being straight be a disease as well? If we think of a parallel here, take cancer. Breast cancer is worth curing, but lung cancer seems more out of the waters and away from my temper, so let’s discriminate against it and labelize it for the sake of ignorance that we embrace!!

Human Rights go above and beyond every governmental practice, and it is, on a theoretical base, considered “hate crime” to neglect certain parts of the population of a community, as there is the potential for emotional and psychological abuse; in many cases other forms as well (e.g. riots for LGBTQ rights in Iran).

Advice for the Family Caregiver