byAllison Pappas
in Poverty, Social Work
0
ADVERTISEMENT
Share on FacebookShare on TwitterShare on LinkedinShare on PinterestShare via EmailShare on Reddit 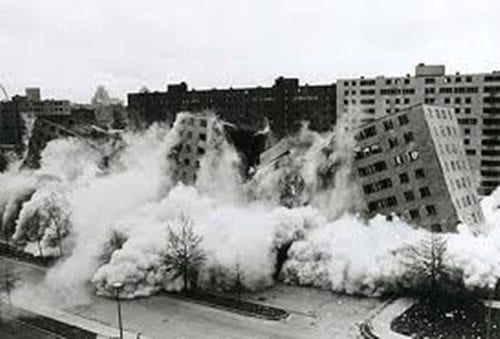 The American government, it seems, has always been a part of providing public housing, and it’s no surprise considering shelter is one of the basic human needs for survival. Today, the federal government takes general responsibility of the task, but it was not always that way. In fact, prior to the 1930’s, local governments, most often the county, provided the needed shelter. However, it should be noted that, the services during those times were almost exclusively for Caucasian citizens and minorities were often forgotten. So how did public housing reach its current state? Let’s take a look at the trek that it has endured thus far.

In 1937, the federal government became officially involved with public housing under the United States Housing Act. This act truly came out of President Roosevelt’s New Deal which started in 1933. The goal of this act was to improve the current unsafe and unsanitary housing conditions and to lessen the extreme shortage of decent housing for low-income families. At the time, low-income was defined as those who were in the lowest income group and could not afford to pay rent to private landlords. Additionally, the only original qualifications that had to be met were that the families’ incomes could be no greater than five times the cost of rent, or six times in the case of families with three or more children. Efforts were made to reach the goal of the act through loans to public housing agencies to support low-rent public housing construction.

The 1940’s followed with a new president, Truman, and he developed the Office of Housing Expenditure. Then, in 1949 under the office’s guidance, an act was passed, the first Housing Act. This act came out of President Truman’s Fair Deal. The goal was to provide enough funds to rid neighborhoods of slums and develop new housing. The new housing was mostly developed for the World War II veterans and did not provide much aid to those who were not. In fact, the act did not aid those in the slum areas, but instead dislodged them from their homes and forced many low-income families to find new residence.

A second Housing Act was passed in 1954, when President Eisenhower held office. This act was a huge turning point because it focused on conserving and rehabilitating the slum areas. Then later the Housing Act of 1956 made amends for the first housing act by giving relocation payments to all who were displaced.

It’s important to note that up until this point, public housing was discriminatory. The majority of the previous acts were of no aid to minority groups and instead focused on Caucasians and often those not of the lowest economic status. In fact, through the 1950’s very strict policies were in place in many housing facilities. Pregnant women who were not married could be evicted and property damage was charged with outrages fines.

However, beginning in the 1960’s basic rights began to be recognized. This was a time when many were working toward equal treatment of all humans, regardless of race, gender or class. One inspiring social worker who was doing just that was Whitney Young, Jr.  Young advocated for civil rights and his name is still widely known today. It was in 1962, when the Equal Opportunity in Housing Act was passed under President Kennedy, that civil rights and housing became united.

The 1960’s were a huge turning point for public housing, and the majority of the policies started at that point still continue on today. The public housing industry shifted from providing low-grade, segregated and discriminatory housing to a program that ideally should serve everyone equally. Just as social workers like Whiney Young, Jr. did in the past, social workers must continue to advocate today for the best possible solutions to public housing.

Stoloff, J. A. (n.d.). A brief history of public housing. Retrieved from

Allison Pappas is a current student at Meredith College. She is majoring in Social Work and has two minors in Ethics & Public Interest and Business Administration.

Child Welfare: Where Are We Going And Where Have We Been