The Evolution and Implementation of Medicare

byBrittney Wiggins
in Disability, Politics
0
ADVERTISEMENT
Share on FacebookShare on TwitterShare on Linkedin

Since Medicare was created over 45 years ago, it has continuously evolved to meet the changing needs of society.  This has resulted in a system that strives to be more efficient, but in the process has become somewhat complicated if you are unfamiliar with the program.  The program is currently funded by a portion of payroll taxes, monthly premium deductions from Social Security checks, and Congress.  It is divided into four parts: 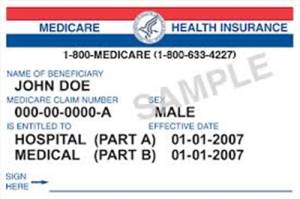 Part A: Hospital insurance – helps pay for inpatient care in a hospital or skilled nursing facility, some home health care and hospice care.

The Medicare system that is in place today is not the same as it was in 1965.  As additional needs and concerns have become evident, the government has modified the social welfare policy to better fit the needs of the targeted population.  Originally, the program was only created to serve adults 65 and older with health insurance.  In 1972, the policy was expanded to include individuals younger than 65 with long-term disabilities and end-stage renal disease.

Medicare Part C was not implemented until 1997 under the Balanced Budget Act (BBA) and Part D was not legalized until 2003 under The Medicare Prescription Drug, Improvement, and Modernization Act.2  The program also originally paid for the entire costs of services as determined by the individual physician.  As Medicare costs began to grow, Congress decided to change the reimbursement system to provide fixed-rate paybacks for services.

Another prominent way in which Medicare has changed throughout the years is in regards to its cost to the consumer.  Medicare Part A and B have seen changes in the deductibles and premiums that individuals are responsible for paying.   Since Medicare’s creation, the deductible for Part A has increased from $40/year to $1,184/year in 2013.  The premium for Part B has increased from $3/month to $104.90/month for individuals with a yearly income of less than $85,000 in 2011.3 The rise in Medicare costs sheds some insight into how Medicare has had to evolve as medical costs increase and as the need for health insurance among the elderly and the disabled has increased.

As Medicare has changed over time, one thing remains constant. The program was established to help all eligible beneficiaries as a universal welfare policy.  An eligible individual can receive benefits regardless of which state they live in because Medicare is a federally operated program and the states are not involved in the program’s administration.4  However, there are some differences in how states approach Medigap services. Medigap, also known as Medicare supplemental insurance, refers to various private supplemental health insurance plans that are designed to assist Medicare beneficiaries with health care costs that are not covered by Medicare.

Other social welfare policies, such as Medicaid, can differ dramatically from state to state because the federal government gives the states the freedom to distribute the money as they see fit.  As a federally operated program, Medicare exists to serve beneficiaries universally.  While the program has been expanded to cover more individuals, it has consistently covered individuals equally across state lines.

4Health Assistance Partnership. (2012). Overview of the medicare program. Retrieved from

Housing in Blue, Homeless in Red

Britney Wiggins is a student at Meredith College in Raleigh, NC, and she is working toward a degree in Social Work with a focus on aging and older adults.

Child Care Subsidies: Why Is This A Federal Program