The Human Cost of Welfare Cuts

The need for welfare cuts has been the mantra of the coalition Government for some time, it has routinely argued that the current UK benefits budget is insurmountable and must be curbed if it’s to cure the already ailing welfare system. Most notably, George Osborne, Chancellor, commented that the ‘benefits system is broken’. To remedy this situation, we have seen the introduction of several measures, such as a benefits cap on the amount of benefits a family or individual can receive which is now limited to a maximum amount, for example, £500 per week for single parents and couples with children); the replacement of disability allowance; a reduction in council tax relief and cuts to housing benefit for social housing tenants of working age who’s property is assessed as being larger than their need, commonly known as ‘bedroom tax’. Concerns about these cuts to the welfare system and the potential human costs has been dismissed by Iain Duncan Smith, Works and Pension Secretary, who when challenged by a caller on the BBC today’s programme If he could live on £53 pounds a week, confirmed he could, if he had too! 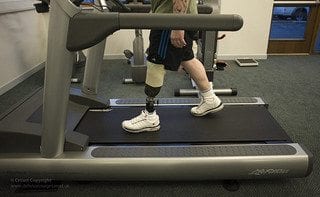 The prevailing government view, which is widespread, suggests that welfare dependency is a direct consequence of the existing welfare system, which can degrade people. A stance no more apparent, when the Daily Mail newspaper articulated that Mick Philpott and his family was a ‘vile product of the welfare state.’  A large family of 17 children, on benefits, Mr Philpott was not in regular employment.  For those that have not been following this case- Mick Philpott has been jailed for the manslaughter of his six children, tragically killed in a fire started by him, his wife Mairead and friend Paul Mosley at the family home in Derby. It is believed that Philpott, devised a plot to set fire to his house after his mistress had walked out with their five children, resulting in him losing out in benefit payments. It would be wrong to suggest that Mr Philpott committed this crime because he was on benefits. Perhaps, as Ms Robb Interim Chief Executive of British Association of Social Work (BASW) reminds us the Phillpott case should ‘not be the focus for the debate of the welfare system.’ Thankfully, cases such as these are rare.  However, the current welfare debate and  Philpott case begs the following questions, what are the real human costs of the proposed changes to the welfare state? How will the ideas and assumptions of welfare changes in the UK shape and influence the future of welfare provisions?  Why have these prevailing views gained credibility?

What are the real human costs of the proposed changes to the welfare state?

Let us not forget that the ‘bedroom tax’ will result in increased rent arrears, court costs and more people facing evictions.  Some commentators suggest that as many as 660,000 people will be forced to move from their homes, allegedly saving the government £465m. For the disabled person, living in a secure home, with the support of a live in carer in a spare bedroom, they too will be subjected to the ‘bedroom tax.’ Many disabled people will be further stigmatised by the prospect of seeking financial support from their Local Authority to live in their home, only made possible by the recent Gorry ruling in May 2012. It is unclear whether the funds available to Local Authorities will meet actual needs.

How will the current ideas and assumptions behind the welfare changes in the UK shape the future of welfare provisions?

A dominant and worrying feature of the debate about the welfare system has been the erosion of the principle of entitlement for all those in need.  Ideas about welfare, start from the assumption that it has created a nation of dependent, workshy individuals, that fail to manage their income, care for their children and plan for their future. Indeed, you only need to consider the case of Mick Philpott. Perhaps an equally important question is, why have these prevailing views gained credibility? Well, in truth the Government and the media to some extent have fuelled the welfare debate with powerful language and perceptions of the poor and those in need, based on the premise that they are different in fundamental ways and are a principle cause for the ills of the welfare state.  In reality, the benefits bill is going up and the primary reason is state pensions.

Furthermore, it is now a common held belief that large families are a strain on the welfare state, living on benefits. However, what are the actual facts? According to the Joseph Rowntree Foundation report in February 2012, it actually shows that the majority of large families work in semi-routine and routine occupations.  http://www.jrf.org.uk/blog/2012/02/benefits-cap-what-do-we-know-about-large-families.

Perhaps, as the Guardian Commentator Polly Toynbee reminds us, benefit fraud cost less than 1 bn (approximately 1.5 billion US) or 0.7 percent of payments, tax avoiding costs, the Treasury at least £70bn a year (170 Billion US Dollars). It is time that the welfare debate adopts an informed and evidence based explanation of the welfare situation, moving the focus of attention from the disadvantaged and poor as the solution to the welfare system frustrations.  The human consequences of these cuts are emerging and my hope is that the Government will seek to promote a climate of equality and trust, in which the poor and those in need are not further stigmatised and pushed to the fringes of our society.

About the Author
Vida Douglas is the Discipline Lead for Social Work and Social Policy Higher Education Academy in the United Kingdom
Photo Credit: familymwr and Defence Images via photopin cc

Digital Storytelling Through GIFs – Capture a Moment in Time

Vida Douglas is the Regular Contributor for Social Work Helper. She is currently an External Examiner at University of Central Lancashire in the United Kingdom for the social work undergraduate degree. Vida is also the Discipline Lead for Social Work and Social Policy at the Higher Education Academy.