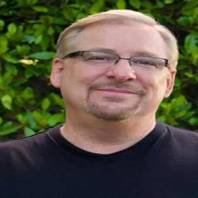 Pastor Rick Warren, Founder of Saddleback Church and Author of Purpose Driven Life, is grieving the loss of his son who committed suicide at the age of 27 years old.  In an open letter to his congregation, Pastor Warren describes his son, Matthew,  life long battle with depression and mental illness. Autopsy reports revealed that Matthew’s death was the result of a self-inflicted gunshot wound.

Unfortunately while the family is trying to heal from this tragedy, detractors have been using their son’s death as a way to target and demean the family for their religious beliefs. Pastor Rick Warren has been a polarizing figure due to the Megachurch Saddleback Valley Community Church has become located in Lake Forest, California. Pastor Rick Warren posted this tweet on his twitter account:

You who watched Matthew grow up knew he was an incredibly kind, gentle, and compassionate man. He had a brilliant intellect and a gift for sensing who was most in pain or most uncomfortable in a room. He’d then make a bee-line to that person to engage and encourage them.

But only those closest knew that he struggled from birth with mental illness, dark holes of depression, and even suicidal thoughts. In spite of America’s best doctors, meds, counselors, and prayers for healing, the torture of mental illness never subsided. Today, after a fun evening together with Kay and me, in a momentary wave of despair at his home, he took his life.

My heart and my prayers goes out to the Warren family in their time of grief. However, I would be remissed as a social worker if I did not point out that access to quality healthcare and resources did help to prolong Matthew’s life in a safe environment. What often happens to children with mental illness born to parents without access to financial resources to provide structured care, healthcare, and mental health services find themselves in the juvenile justice system and targets for abuse. These children often do not live past their teens, become drug addicted, law breakers, and go undiagnosed.

My prayer and hope for Pastor Warren and his family is that he will use his stature in the future to advocate on behalf of the families who lack the financial resources, healthcare, and mental health service’s access to protect their children.