byVida Douglas
in Global, Politics
0
ADVERTISEMENT
Share on FacebookShare on TwitterShare on Linkedin 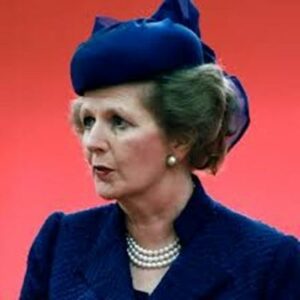 The only woman prime minister of British politics died on 8th April 2013 aged 87.  Margaret Thatcher was certainly no shrinking violet and was known as the’ iron lady ‘ of politics. Often, she was described as determined and dogged in her approach who would rarely compromise her beliefs  and convictions except perhaps for when she was forced to resign as prime minister on 22nd November 1990.

During her Conservative conference speech on 10th October 1980, Margaret Thatcher infamously coined the term, “this lady’s is not for turning” which was later to become a well-known Thatcherite  motto. On closer inspection of her 11 years reign, she clearly lived up to this motto. As prime  minister, we saw significant philosophical shifts in thinking about the role of the  government on welfare, such as the popular sale of council houses for those in need  but at the same time she refused to replenish the declining stock of affordable rented houses. She continued to decentralise  key public services, such as the railways, electricity, gas and welcomed  a drive to increase privatisation. This was all to come at a price, a culture of greed, and individualism would permeate british society which for many  today would argue remains her lasting legacy.

Almost everything wrong with Britain today is her legacy. She took the decision to deregulate the banks. She allowed manufacturing to wither, and she decided to stop building council houses. She created the benefits crisis.~Ken Livingstone

For women in politics, she  could be regarded as a feminist icon in that she worked hard to reach to the top.  However, during her reign from 1979- 1990, she only appointed one other women to politics, Baroness Young to the cabinet.

In the end, many commentators believe her demise was caused by her uncompromising opposition to the European single currency     (now known as the Euro), and national unrest caused by the introduction of the ‘poll tax ‘a new system of taxation with a flat rate charge paid by every adult.

Thatcher did change history, and the impact of her policies are evident today. Perhaps as the lyrics of the well-known Nat king Cole reads, never before has someone been more unforgettable ….

What Are You Holding On To?

Vida Douglas is the Regular Contributor for Social Work Helper. She is currently an External Examiner at University of Central Lancashire in the United Kingdom for the social work undergraduate degree. Vida is also the Discipline Lead for Social Work and Social Policy at the Higher Education Academy.