byDeona Hooper, MSW
in Poverty, Sports
0
ADVERTISEMENT
Share on FacebookShare on TwitterShare on LinkedinShare on PinterestShare via EmailShare on Reddit

Recently, I had the honor and privilege of interviewing Josh Nadzam who is an award winning track star and social work student at the University of Kentucky, but it was Josh’s community service awards and his work with Soles for Souls that led to the latest article about him in the university’s school newspaper. Josh was very candid about the suffering and tragedies he has endured in order to escape his circumstances.

However, Josh credits his mother, extended family, and coaches for the support he needed to believe in himself. Most importantly, the University of Kentucky give him something every other Division 1 school denied him….A chance and the opportunity to prove himself.

We live in a day in age where people who have never lived in poverty feel quite comfortable telling someone who is poor to pull themselves up by their bootstraps.  For those who don’t escape poverty, do not fail to do so simply because they lack will. The lack of access and opportunities along with doors constantly being closed in their face over and over again are barriers often too high to overcome.

SWH: Tell me about your background, and what led you to social work as a major?

Josh: I grew up in Monaca, Pennsylvania, a small blue-collar town of about 6,000 people.  I was born into a dysfunctional, broken family plagued with alcoholism, drug abuse, poverty, and other issues.  After my parents split and divorced during my childhood, my mother raised me as a single-mother in the projects.  My father lived nearby and bobbed in and out of my life. When he was involved, it was highly detrimental.

When I was five years old, his heavy alcoholism culminated in a fall where he struck his head and had to be life-flighted to a nearby hospital.  The fall resulted into a coma where he underwent emergency brain surgery which left him with permanent partial paralysis of his left side.  Despite this traumatic event, he eventually returned to alcohol and throughout my childhood he attempted suicide three separate times.

My mother fought valiantly to raise me by herself, working many different jobs, and selflessly putting my needs ahead of hers at all times.  Unfortunately, she battled schizophrenia which often left her hospitalized for months at a time. However, no one comes close to her portrayal of selflessness.

She is truly my hero.  She worked tirelessly, battling a mental illness and raising me as a single mother to ensure I had the best opportunities possible and that I was protected from the drugs and violence that pervaded our neighborhood. Anything I have accomplished is framed by her sacrifices that allowed me to pursue my dreams. I also had unconditional support from my maternal grandmother, aunt, uncle, and high school basketball coach that I could not have persevered without.

Fortunately for me, I excelled in both academics and sports. My senior year, I was a captain on the football team, basketball team, track team, and the only member of the cross country team (our school was very small!) Track ultimately looked to be my best opportunity to escape my situation.  My running times were decent, but unfortunately they did not warrant Division 1 recruiting.

However, I still believed that I had the potential to compete at the Division-1 level, so I recruited myself.  I sent emails out to many D-1 coaches and got rejected by all–except the University of Kentucky (UK).  The UK coach at the time said I might have a chance to walk-on, which was like saying I might have a chance to have a chance. A chance was all I needed. Without visiting the university or stepping foot in Kentucky, I applied, got accepted, and came to UK.

With a lot of hard work, persistence, and discipline, I continuously improved and eventually earned a full scholarship. My sophomore year, I took a social work class and immediately found my passion. I connected with the values and principles of the profession and came to love it. Soon, I realized I wanted a career in social work.  I discovered early on that I was not going to make a lot of money, but I could care less. I found a career that I was passionate about and genuinely happy to pursue.

SWH: You have received the distinguished Wilma Rudolph Award for track and field, but what drives you to do community service which has led to multiple service awards?

I’d say there are many different reasons why I am driven to do a lot of community service. I genuinely want to help people, and I enjoy the intrinsic value of community service.  As a broke college student, I can’t help people by donating money, but I can certainly make it a priority to donate my time.  Also, I love the idea of community and everyone pitching in to help each other.  At the end of the day, we’re all in this together, and everyone needs help once in awhile.  Finally, my mother taught me through her actions what it means to be more concerned with the needs of others rather than your own.

SWH: Also, your track and field team is doing something with Soles for Souls, could you tell us about that?

Josh: Three years ago, a teammate (Luis Orta) and I started a shoe drive off of an epiphany.  Luis came to me after feeling guilty over discarding his worn out running shoes. As runners, we have to get new shoes every 400-500 miles or else we will be susceptible to injury.  While the shoes are no longer appropriate for intense training, they are still good for walking around in, especially for someone who has never owned a pair before.

So together we started the UK Track & Field Shoe Drive and collected 2,100 pairs in our first year.  Our second year we expanded it to the SEC, collected 2,900 pairs at UK and 13,000 pairs throughout the SEC.  With the help of Hiruni Wijayaratne and many other teammates, coaches, athletes, and community members, we are in the midst of our third year and it is looking bigger than ever!  Each year, we have partnered with Soles4Souls, a nonprofit organization based in Nashville that distributes shoes to over 125 different countries.

SWH: It appears you have found a way to incorporate doing community service with the track team, what would you say to other schools of social work or other teams to encourage them to utilize the service model the UK track team has successfully created?

Josh: I would highly encourage other teams to create community service projects and become invested in the community, especially for teams at large universities. As athletes, we are so blessed to receive the best clothing, training shoes, and equipment.  We are provided with such great opportunities and the very least we can do is give back to those who are less fortunate.  Also, the fans are so supportive of every community initiative we have led. I’ve learned that people are generally very eager to help out and give back. All it takes is a few people to lead the charge.

While everyone has the potential and ability to start a service model, those of  us in schools of social work need to be the leaders of these initiatives.  After all, our very profession is based on service and the welfare of others.  If we apply our education, skills and resources, we can create empowering service models that can change the world.  Just thinking about the potential we have as social workers fires me up!

SWH: What are your aspirations for both track and field as well as social work? Also, would you ever consider doing a public service announcement on social work and community service?

For track and field, I actually just finished up my last year of eligibility. I still run regularly and may compete unattached in the future, but for now I am just concentrating on finishing my master’s degree in social work.  For social work, my dream is to replicate Manchester Bidwell, a nonprofit organization that began in Pittsburgh.  This organization, founded by Bill Strickland, has a youth visual arts component that works to inspire at risk youth through the arts and ensure they graduate high school.

Manchester Bidwell also has an adult component in which unemployed, underemployed, and displaced workers enroll into a workforce development program and upon completion subsequently obtain employment in a prosperous occupation. The main theme of this center is that environment shapes people’s lives and each center is beautiful, filled with art, flowers, and sunlight. I have been chasing this dream relentlessly for the past year and it is really starting to come together. It is very exciting! If you are interested in checking out more about it, here is my website: www.gofundme.com/JoshNadzam 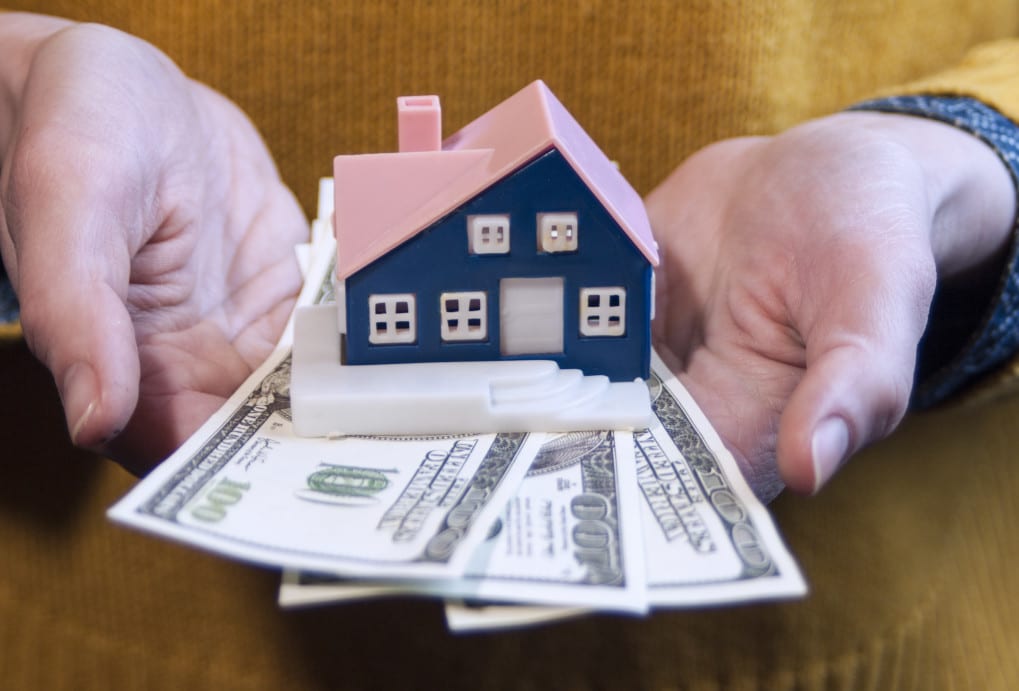 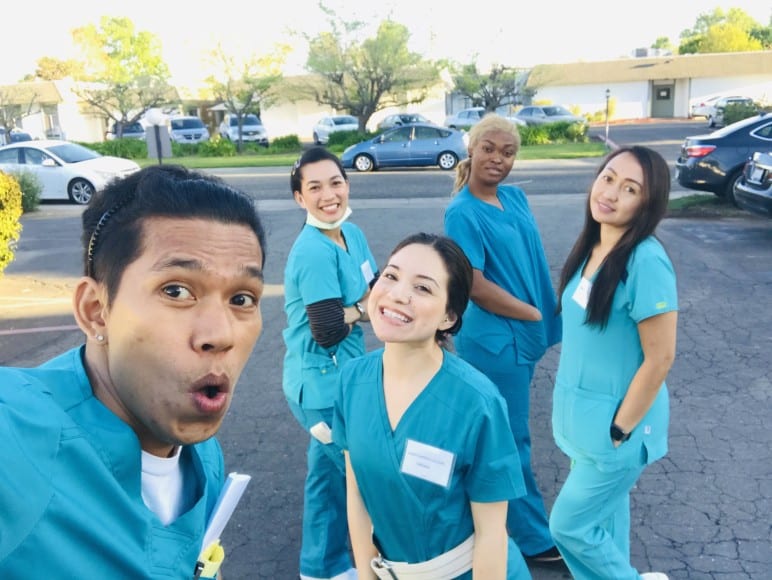