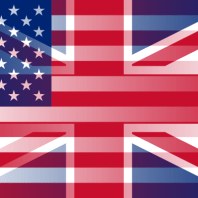 It seems as if disability benefits has become a fiery political topic for many countries.  Across the pond in the United Kingdom, there has been an emotionally-charged debate and outrage about possible changes to the appeals process for disability benefits claimants.  Under the new appeals policy, those who object to the decision made about their sickness and disability benefits will be denied the opportunity to appeal until the governing body, the Department for Work and Pension (DWP), has reconsidered their case.

The main issue with the DWP overseeing the appeals process is that there is not a definite timeline of when DWP will review these cases; this leaves those who depend on their sickness and disability benefits to be at the mercy of the entity and be unable to sustain the quality of life those benefits allows them to have.  Until their case is reviewed and overturned by the DWP, those individuals will not have any income to rely on; most of the people receiving sickness and disability benefits are incapable of working and/or are severely disabled.

This new policy will affect those who have failed the Work Capability Assessment (WCA) since October.  The WCA has met its own level of controversy; opponents of the test remarks that the assessment does not adequately put into perspective the capacities of individuals who are not quite well enough to work, due to their health issues or disabilities.  Those who fail the assessment and are consequently denied Employment and Support Allowance (ESA) (which is the sickness benefits) will be automatically placed on the Job Seeker’s Allowance (JSA).  The Job Seekers’ Allowance program will require these persons to seek employment opportunities.  The potential for lack of consideration for such circumstances have many opponents of the changes, those who rely on these benefits and health care and legal allies, greatly disturbed.

Proponents of the changes believe that such actions will not negatively affect those who are currently enrolled in the benefits program, or those who are denied.  Those within the DWP stated that individuals who are placed on JSA will be assisted by employees within the work centers to find employment opportunities that are appropriate for their level of functioning and abilities.  Skeptics of this idea are concerned about the work center employees’ capabilities of accurately assessing the individuals’ abilities to work and pair them with appropriate employment agencies.

Reviewing the news about the proposed changes to disability benefits in the United Kingdom caused me to think about how such changes would be received here in  the United States.  The process of becoming a Supplemental Security Income (SSI) or Supplemental Security Disability Insurance (SSDI) beneficiary is an rigorous, time-consuming, and stressful process within itself; what would happen if we made similar changes to the appeals process  in this country?  Would all “heck break loose” by unintentionally disadvantaging persons who truly need the assistance of these benefits, or would we be able to finally pinpoint and remove those who are thought to be abusing the system  and wasting the taxpayers’ dollars?

The average U.S. citizen is bombarded with numerous legal firm commercials and advertisements competing to represent denied disability benefits claimants so that they will have the rights they are “entitled” to.  We also cannot forget about the whole debate surrounding “entitlement” programs themselves:  Are these programs truly serving the targeted populations that are considered to be in need of the resources and funding?  Are people taking advantage of the system, which is already deemed to be extremely broken?  Will the expanding number of beneficiaries placed on the entitlement rolls continue to add to the mounting national debt?  Will there be any money left for my generation, the Millennials and those who have yet to enter middle school, to seek assistance if we become disabled or have a child with special needs?  These questions, along with countless others, have caused the nation to ponder the existence of disability benefits and if they are truly beneficial at all.

With the number of beneficiaries continuously increasing, especially with Baby Boomers “aging into” the system, the Social Security Administration (SSA) had stated that they would not have enough money to pay out monthly benefits by 2036.  There have been steps enacted to keep the program alive.  Two well-known (and controversial) actions taken were the automatic Cost-Of-Living Adjustment (COLA) not being increased in 2010 and 2011, and requesting that Social Security beneficiaries sign up for direct deposit in order to receive their benefits electronically, which would save the U.S. Treasury $130 million each year.

These actions may address some of the issues involving the financial realities surrounding Social Security benefits, but these actions do not touch on questions pertaining to the “need” for such programs.  There is a strong belief that there is a great number of individuals intentionally taking advantage of the system; “bleeding the system dry” to be exact, as voiced by those with more conservative viewpoints who regard these programs as being fruitless and a waste of taxpayers’ money.  Those who are under this impression suggest that the main way to “extinguish” this “criminal, abusive” act is by doing a major overhaul on the system; privatizing Medicare and reducing the number of funds given to these programs.

Opponents of such drastic actions voice that there is a better way to address the shortfalls of the current system without disadvantaging those whose livelihood rely heavily on the existence of these programs.  These persons, those who are moderates, liberals, and those who utilize the programs, believe that changes are necessary to make the programs more effective, but cutting key programmatic facets and funding to disability benefits is not the “quick fix” answer.  Neither group, opponents or supporters, have come to a bipartisan agreement on what exactly should be done to save the programs and eradicate the problems that are detrimental to the programs’ longevity in our society.

It seems that everyone, on both sides of the pond, believe that they have the “magic” answer when it comes to sustaining the programs, and ameliorating or eliminating the issues within the disability benefits debate.  There is just one teeny problem – who is taking the time to ask those who receive these benefits what they think about the issue?  Is anyone inquiring about the issue those who receive disability benefits encounter, from applying for benefits to following the eligibility requirements to remain a beneficiary?  Who is truly listening to the voices of the American people?

Though there are programs in place (e.g., PASS) to help beneficiaries who are capable of working to become self-sufficient, is anyone researching the success rate of these particular programs?  By “success,” I am interested in knowing how many people actually remain off these programs for good?  How many of them had to reapply?

The proverbial “benefits moochers” seem to pervade the minds of those who believe that most of the people on these benefits are “unworthy,” feel “entitled,” or “undeserving” to be disability benefits recipients.  Do we know the exact figure of individuals found to have abused the system versus those who indeed meet the qualifications to become beneficiaries?

Also, is the average American aware of how much monies are given, on average, to benefits recipients?  From the way our politicians discuss these programs, you would be under the impression that beneficiaries are “living high off the hog” (as an old Southern saying goes) while receiving these benefits.  If more people were aware of the real dollar amounts distributed, would this change their minds about how much assistance are given?  Would people demand that more, or less, funding be issued?

These are just a few questions that run through my mind as a self-advocate for person with disabilities, and as someone who has had personal experience with these programs.

Tell me, do you believe that a major overhaul is needed for disability benefits to be more fiscally and resourcefully effective?  If an overhaul occurs, what are the potential positive and negative ramifications of such actions undertaken?  Who will come out as “winners?”  “Losers?”

Vilissa Thompson, LMSW is the Disability and Advocacy Staff Writer for Social Work Helper, and she is also the Founder of Ramp Your Voice! In addition to being a Disability Rights Consultant and Advocate, Vilissa seeks to propel the faces and voices of people of color with disabilities both within the disability community and in the general public. Vilissa can be contacted via email at Vilissa@rampyourvoice.com, or by visiting the Ramp Your Voice! website at http://www.rampyourvoice.com/. View all posts by Vilissa Thompson