Are Social Workers and Case Managers the New Doctors in Healthcare 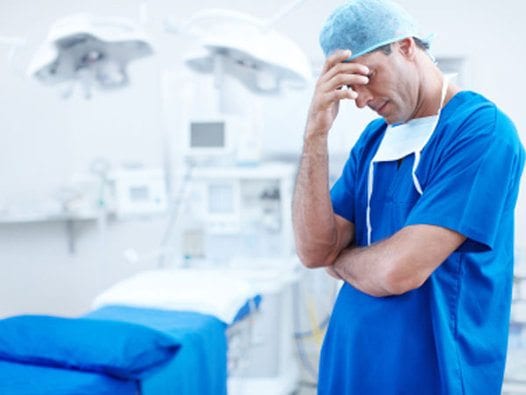 On April 11, 2013 GE Ventures held the Insight Series: Digital Health. The discussion was led by NBC News’ Nancy Snyderman M.D., author Eric Topol M.D.,Unity Stoakes of Startup Health and Rafael Torres of GE Ventures. The topics ranged from prescribing apps versus drugs, HIPAA’s impact on innovation in healthcare, patient privacy, and predictions for the future of healthcare.One particularly controversial subject was the role of doctors in healthcare. Topol dove in head first, suggesting that healthcare would ultimately be driven by consumer empowerment through personal health data.

“What then is the role of the doctor?” one person asked.

“I think the future role of doctor’s is to be more of a care manager”, Topol responded.

Another hand shot up. “Do we even NEED doctors!?”

Dr. Snyderman responded — “I think doctors are still important in those end of life situations where there is nothing quite as comforting as the touch of a hand.”

Topol: “It seems that these roles of care manager and end of life comforter can be performed just as well, if not better, by social workers and nurses.” At which point the panelists all looked at each other and seemingly shrugged.
Are social workers & case managers the next doctors?

On April 17, 2013 the Graduate School of Business at Stanford University, held its 2013 Healthcare Innovation Summit. A panel consisted of Vinod Khosla and author Abraham Verghese M.D. This time it was Vinod who brought up the controversial subject, showing statistical evidence that a doctor does misdiagnose so frequently that we need to rely on technology to handle diagnoses in general. Dr. Verghese pointed out that while this may be true, 80-90% of a doctors time isn’t spent on diagnoses but on treating chronic illness. Do we need doctors to treat chronic illnesses? Many healthcare apps today are targeting chronic illness, which begs the question – what does the future role of a doctor truly look like?

Justin Usher is a Co-Founder of OpenPlacement a web application that helps social workers and families locate and qualify care providers for senior patients. Prior to OpenPlacement, Justin helped build one of the largest digital marketing agencies in the world. He has a passion for solving complex healthcare issues with intuitive technology. Justin has a B.A. in Computer Science from the University of Richmond.

The American Dream Doesn’t Exist for the Poor

The American Dream Doesn't Exist for the Poor