Community organizers are considered to be the entry-level political position and for years a law degree has been viewed as the ideal education for working in politics. There are a huge number of elected officials and staff members who work for politicians that hold a law degree. Even President Obama, a law school grad, started out as a community organizer.

Now, new law school grads are having a hard time (that is an understatement) finding jobs at law firms, so they are all the more willing to take community organizers positions. Then, you have the cultural shift within the social work profession that has pushed us more towards being therapist; thus further distancing us from our grassroots-community work beginnings. 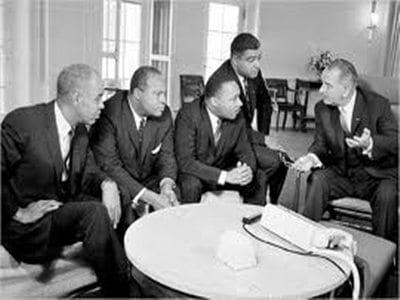 In social work school, the majority of my fellow students where there purely to do clinical work and they showed zero interest in politics. In fact, many were resentful of having to take two semesters of public policy classes.

I would try to persuade them that even as private practitioners they needed to demonstrate a certain level of political awareness because public policy impacts the lives of their individual clients. Some would agree with this but still hold their nose at the idea of having to get involved with the political process.

Then, there were the ones who never thought of social work being related to politics and once they discovered the interconnectedness of the two they showed an interest.

At Adelphi, we had an elective class with New York State Assembly Woman, Earlene Hooper, who graduated from the MSW program. As an alumnae she wanted to show how social work fit into the political arena. She created a course where she invited a class of 25 students to spend three days in Albany (the NYS Capitol) and get a crash course in government and policy. She brought in lobbyist, Assembly and State Senate members to meet with us. We got a behind the scenes tour of the state capitol, sat in on an Assembly session and even had the rare opportunity to met with then Lt Governor David Paterson in his Senate office. We then had to write a paper where we came up with a social work issue and go through the steps of how to use the political process to deal with the problem.

There were a number of students who participated in the course who previously had little to no political interest. But by the end of our three days some were actually considering running for office in the future and everyone had a real understanding of how politics and social work related to each other. This proved to be the most affective way of engaging social work students in politics. My friend, who was one of the few MSW students who shared my interest in macro work, stated that she wished other MSWs in elected office would agree to teach the same course at their former universities because of the positive impact it had.

Part of the problem is that schools are not doing enough to teach students about their options. Instead of just focusing on micro work, they need to offer more electives that involve learning about legislating and grant writing and social enterprise. As a Profession we also need to do a better job educating the public that social workers are capable of doing jobs other than therapy or being line workers for Child Protective Services. I think one reason we are not seeing as many young social workers stepping up to run for office or work for elected officials is because they do not realize it is an option. Our society believes that to pursue a career in the political arena you need to be either a lawyer or a political scientist.

Also, you have those doing the hiring for officials and political organizations whose idea of a social worker is that they are kind of like psychologist. They do not understand how an MSW degree qualifies that person to work as a legislative aide or community organizers. As a result, social workers are having difficulty getting those entry level legislative/policy jobs in order to gain the experience needed to move into policy making positions. It would also help to have more internships for social work students in political organizations and with officials. Adelphi had a couple of them, but they are rare. I am not sure if this is the case across the board. There are schools of social work that still have tracks, although it appears that many, like Adelphi, have switched to generalist studies. In the schools with a macro tracks, there are not many internship opportunities outside of counseling and group work.

So, I guess, in a nutshell it comes down to:

-Getting SW back in touch with its roots

-Educating the public & job recruiters about the diversity of SW education.