byMichael Morgan
in Nonprofit, Technology
0
ADVERTISEMENT
Share on FacebookShare on TwitterShare on LinkedinShare on PinterestShare via EmailShare on Reddit

As the days go by, social photo sharing services continue to grow in popularity due to the large number of users who want to take their photos to the next level by sharing it with people in their network. These days, people find it attractive to share photos of themselves, other people, places, events, and virtually anything visible to the naked eye for the sole purpose of posterity.

Instagram, a mobile photo sharing app now owned by Facebook, was greatly responsible for this upsurge. However, there are emerging services recently introduced to online society that do attempt to rival the popular service (and probably even overthrow it in the long run). Take a look at some of them: 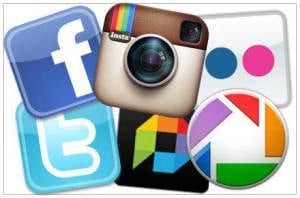 If you’re aware of the popularity and eventual downfall of Vine, the six-second video sharing service that recently made some noise due to its porn problem, here’s an alternative service that will perhaps turn heads. SpeakingPhoto, a new social photography app that lets you connect with people using photos and recorded audio , challenges Vine and its contemporaries by focusing on keywords such as “memories” and “special moments” to appeal to users. Instead of video, SpeakingPhoto allows recording of voice and ambient audio and the capability to pair the recording with a photo. You can attach up to five photos throughout the recording that you can share with friends and loved ones. (via Cult of Mac)

Y Combinator-backed photo collection startup Chute recently raised $7 million in a funding round led by Foundry Group, Freestyle Capital, and US Venture Partners. The said platform for media-rich applications and sites says it will help users of the service build scalable and rich media experiences using various platforms like tablets, mobile phones, laptops, and more. The most enticing however, is the service’s capability to aggregate photos in real world locations. For example, if you’re staging a business conference, you can set up displays all over the venue and encourage people to post photos from the event on Instagram or Twitter with a related hashtag. Chute can then pull in the photos and project them on massive screens and then you’ll start seeing photos of people in VoIP service (read more) booths and attendees participating in hackathons or forums. (via All Things D)

Hipstamatic recently unveiled its standalone social networking app, Oggl, to get ahead in the game against rival service Instagram. Through Oggl, Hipstamatic looks forward to engage its four million users instead of adding more filters (a feature that made the app maker-slash-design agency popular) with its offshoot app. Its two key features ( capture and curation) will allow users to “make photos look good in certain lighting and situations” and to share photos with the people in the company’s network based on popularity or geolocation, respectively. Oggl will start out as an invite-only service initially. (via The Next Web)