Since the Trafficking Victims Protection Act of 2000, a national conversation has begun on the horrors of human trafficking. However, the majority of this attention has been given to female victims of sex trafficking and the commercial sexual exploitation of girls. The Commercial Sexual Exploitation of Children (CSEC) in New York City estimates that as many 50% of the victims of sexually exploited children in the United States are boys (Curtis, Terry, Dombrowski, & Khan 2008). 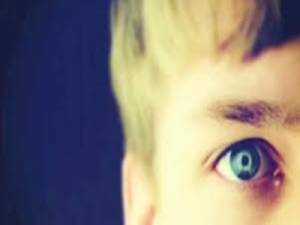 In April 2013 End Child Pornography and Trafficking (ECPAT) USA released a ground breaking report calling attention to an aspect of a social problem that gets very little attention. Below is an excerpt from ECPAT-USA’s newly released discussion paper “And Boys Too.”

“While there has been some increased awareness about sexually exploited boys in the U.S. over the past several years, most law enforcement and services providers often miss them entirely or view them as too few to be counted or not in need of services. The little notice given to boys primarily identifies them as exploiters, pimps and buyers of sex, or as active and willing participants in sex work, not as victims or survivors of exploitation. Discussion of boys as victims of survivors of CSEC is frequently appended to a discussion about commercially sexually exploited girls. A panel discussion about commercial sexual exploitation often ends with these words: “…and boys too.”” (ECPAT USA 2013 p.4)

ECPAT USA’s study discovered four key factors that have led to the lack of identification of male victims of CSEC and sex trafficking.

ECPAT USA’s general findings led to several recommendations moving forward: the urgent need to raise awareness about sex trafficking, CSEC and boys, and the need to develop male specific victims’ services and outreach methods targets specifically towards male victims. The report emphasized that more research is needed to better understand the specific needs of male victims of sex trafficking and CSEC, in order to help law enforcement better identify them and to assist social service agencies in developing services to meet their specific needs.

Currently, there are no shelters for rescued male victims of domestic minor sex trafficking and CSEC, and the study suggested few current providers of services to girls are equipped or willing to serve male victims. With up to 300,000 children estimated to be trafficked and sexually exploited in the US each year, and an estimated 50% of them being boys, means there are up to 150,000 boys in the US that could benefit from a shelter designed specifically to meet their needs.

Restore One, a non-profit organization in Greenville, North Carolina, recognized that gap in services for boys and is poised to open the first shelter solely to serve male victims of sex trafficking and childhood sexual exploitation. Their shelter named “The Anchor House” will be a licensed residential care facility in the state, and will provide holistic restorative services and clinical therapy for up to 4 boys ages 12-17. Anna Smith, the Executive Director and Co-Founder, hopes to open the doors to the “The Anchor House” in January 2014.

“Restore One is extremely hopeful in our efforts to provide long term shelter care specifically for young men who have been sex trafficked. Anchor house will provide individualized trauma focused care to a small group of young men ages 12-17. Our hope is that once Anchor House is open, we can then assist others in serving this population [male victims of sex trafficking and sexual exploitation] through rehabilitation and restorative care.”
(Anna Smith, Executive Director and Co-founder, Restore One)

Social workers in all areas should be educated on human trafficking, CSEC, and on the societal and institutional factors that lead to the victimization of children, including boys. Social workers can be key mechanisms for raising awareness in their communities and amount other professional. Other ways social workers can fight trafficking and CSEC is to volunteer time or professional services to an anti-trafficking organization, join a human trafficking rapid response team or a human trafficking task force in your community. The more agencies, and law enforcement understand that sexual exploitation is not just a female issue, the more they will begin to look for male victims, which will lead not only to the identification and rescue of male victims but to better comprehension of the specific needs of services for male survivors, that will aid in the development of effective services for them.