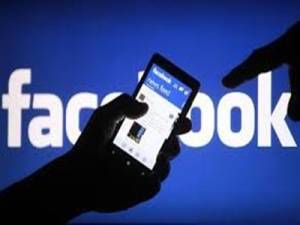 The world’s biggest social networking site has admitted a year long data beach of more than 6 million users involving their phone numbers and email addresses. Last Friday, Facebook divulged to the public that the data breach has been ongoing for more than a year.

The data leak was said to have been caused by a technical malfunction in their archive of contact information belonging to their users. Users of the social networking site who downloaded the contact data of their friends acquired other information which was meant to be private.

The Facebook security team fixed the bug last week after they were notified of the technical problem. Although, the data breach has been ongoing for more than a year, Facebook did not publicly announce the glitch until 21st of June last week.

Facebook posted on their blog that they currently have no evidence to suggest the bug has been exploited maliciously,  they have not received any complaints from users nor have they seen any anomalous behavior to suggest any wrongdoing.

Recently, many Internet users have been baffled by the disclosures of major Internet companies in USA who have revealed to the public about the requests by the U.S Government to collect their data. This latest development however is reported to have caused uncertainty about privacy using social networking sites. It is reported that the U.S government has been pressurizing social networking companies to give them the details of their users. The surveillance program with the name PRISM has caused a lot of disinterest in social networking sites including Facebook, Google Plus, Microsoft Outlook, Yahoo and many others.

According to Raw Story:

A Facebook spokesman said the delay was due to company procedure stipulating that regulators and affected users be notified before making a public announcement.

“We currently have no evidence that this bug has been exploited maliciously and we have not received complaints from users or seen anomalous behavior on the tool or site to suggest wrongdoing,” Facebook said on its blog. Read Full Article

Kevin is a tech enthusiast. He likes to read and write about latest tech innovations and inventions. He reports all the latest tech news at www.danaty.org