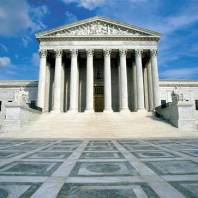 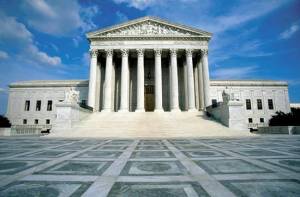 On Tuesday, June 25, 2013, the United States Supreme Court struck down what some consider to be one of the most important parts of the Voting Rights Act of 1965. Section 4, is the part of the Voting Rights Act that was designed to protect minority and vulnerable voting demographics from being targeted in voter suppression efforts. The formula included in this section subjected many states and jurisdictions, primarily in the south, to federal oversight regarding changes in elections laws, and redistricting maps. The overall reasoning behind the court’s decision to strike down the section can be summed up best by Chief Justice Roberts as quoted in NBC News:

“Our country has changed, and while any racial discrimination in voting is too much, Congress must ensure that the legislation it passes to remedy that problem speaks to current conditions,” Read Full Article

The Court’s decision ultimately said congress needs to determine a more updated formula for determining which states would be required to get preclearance as outlined by Section 5 of the Voting Rights Act. At first glance, the decision doesn’t appears to recognize the progress that has been made in the past 48 years when the bill was first enacted.  Why not reevaluate the way preclearance states are determined. However let’s look deeper at the issue.

The republican controlled house and democratic controlled senate cannot seem to find common ground on anything. The house is busy debating unconstitutional regulations on women’s reproductive health and further voting to repeal the Affordable Care Act. This current climate prevents them from exerting energy on important and pressing issues that polls have shown are in the forefront of the American people’s minds on issues such as comprehensive background checks, Immigration reform, the student debt crisis, and the country’s unsteady economy. Congress could come together now and decide on a new formula to protect some of the most vulnerable individuals in the country from efforts to suppress their votes. However, this option does not seem remotely possible.

Secondly, should congress actively take up the job of developing a new formula for pre-clearance while many states will be free to move forward with legislation changing voting laws that disproportionately affect minority and vulnerable populations without having them checked by the Department of Justice. Research shows that States with pending voter ID legislation would disproportionately affect minority, senior, and student voters. Proposed legislation seeks to shorten early voting, do away with same day registration, and/or other measures that ultimately restrict voting access. Many of the states can now push forward with their conservative cooked up legislation without barriers.

The full implications of the Supreme Court’s decision is difficult to determine, and ultimately Congress does have the ability to develop a new measure to protect these vulnerable populations from discriminatory voting law changes.  However, it is highly unlikely. As far as the court’s ruling,  Justices Antonin Scalia, Anthony M. Kennedy, Clarence Thomas and Samuel A. Alito Jr. supported striking section 4 from the Voting Rights Act, and Justices Ruth Bader, Stephen G. Breyer, Sonia Sotomayor and Elena Kagan dissented.

Logan Keziah is a News Correspondent for Social Work Helper. She is a BSW student at East Carolina University in Greenville who plans to go on to graduate school for a Masters in Social Work. She is actively involved in North Carolina politics, and is interested in policy, advocacy, social justice, and women's issues. View all posts by Logan Keziah