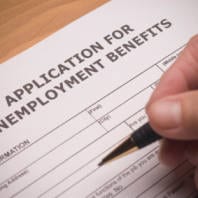 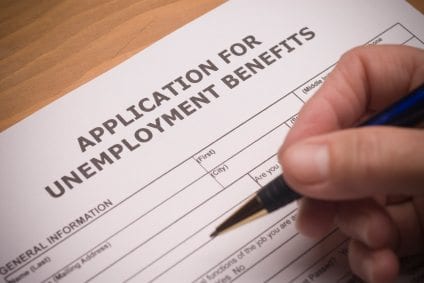 After North Carolina’s Unemployment law took effect this weekend, North Carolina is the first state to disqualify itself from a federal long term unemployment program. The North Carolina Unemployment changes, adopted and signed into law by Governor McCrory in February, were to help accelerate the repayment of debt owed to the federal government. North Carolina has the third highest federal debt in the country, $2.5 Billion, and will now be paid back three years ahead of schedule, but at what cost?

North Carolina has the fifth highest jobless rate in the nation, with unemployment above the national average in the majority of its 100 counties. With the new changes to the law, unemployment benefits will last a mere 12-15 weeks and on top of that, the maximum benefits receivable per week is dropping from $535 to $350. It is the reduction of weekly benefits that is responsible for disqualifying approximately 170,000 North Carolina residents from long term jobless funds from the federal government.

The federal Emergency Unemployment Compensation program (EUC) kicks in after a state’s designated period of unemployment runs out, in North Carolina, this was previously 6 months. The EUC money is available to jobless in every state, however, a requirement for a state to qualify is that states cannot cut the average weekly benefits of recipients. The North Carolina legislature has cut weekly benefits starting July 1st by around $185.

The disqualification of the 170,000 workers from EUC funds means a loss of $700 million dollars, for those workers and their families. On top of the shortened compensation period for state unemployment, the reduced benefits, and the stricter requirements to qualify for the program, many jobless residents are going to be out of luck.

Ideally, this plan will accelerate the payment of the state’s debt to the federal Government having it entirely paid of by 2015, and not cost North Carolina companies an extra $21 per year per employee until the debt is paid. This legislation was designed and backed by the North Carolina Chamber of Commerce, their top lobbyist called the situation unfortunate but said “You’ve got to pick a point in time where you solve the problem. They picked a point in time that allowed us the most time to pay the debt as quickly as we can…”

An Associated Press Article by Emery P. Dalesio on the changes included profiles of  North Carolinians who will personally be affected by the changes in the unemployment law. The section about one of those individuals is below:

“Lee Creighton, 45, of Cary, said he’s been unemployed since October, and this is the last week for which he’ll get nearly $500 in unemployment aid. He said he was laid off from a position managing statisticians and writers amid the recession’s worst days in 2009 and has landed and lost a series of government and teaching jobs since then — work that paid less half as much. His parents help him buy groceries to get by.

“I’m just not sure what I’m going to do,” said Creighton, who has a doctorate. “What are we to do? Is the state prepared to have this many people with no source of income?”

These cuts to unemployment are not only going to have devastating effects on the individual workers losing the benefits, but it will have devastating effects on their families as well. Last year a national report published by the Urban Institute and First focus estimated that 1 in 10 North Carolina children have at least one unemployed parent. NC Policy Watch discussed the report in a piece published on April 3rd, 2013.

As the report highlights, the effects of parental job loss on children can be severe. Economic stress links to parents’ responses to their children and children’s well being. And studies of unemployment and family income show that poverty increases sharply among the long-term unemployed. The adverse effects of children living in poverty can last well into adulthood. – See more here 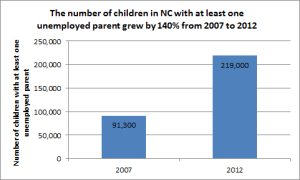 Opponents of the unemployment changes include state labor groups, democratic representatives, and the North Carolina NAACP. They would like to have had the cuts delayed until the federal program runs out, but the Governor and republican controlled legislature refused. The federal EUC program expires in January. The delay may have given North Carolina workers and families time to prepare for the devastating cuts.  However, supporters of the enacted changes say the sooner the federal debt is re-payed the sooner the legislature can develop a long term solution for North Carolina’s unemployed. Until that solution comes, thousands of North Carolinians are going to find themselves without work and without a safety net.

Logan Keziah is a News Correspondent for Social Work Helper. She is a BSW student at East Carolina University in Greenville who plans to go on to graduate school for a Masters in Social Work. She is actively involved in North Carolina politics, and is interested in policy, advocacy, social justice, and women's issues. View all posts by Logan Keziah