byMichael Morgan
in Criminal Justice, Politics, Technology
0
ADVERTISEMENT
Share on FacebookShare on TwitterShare on LinkedinShare on PinterestShare via EmailShare on Reddit 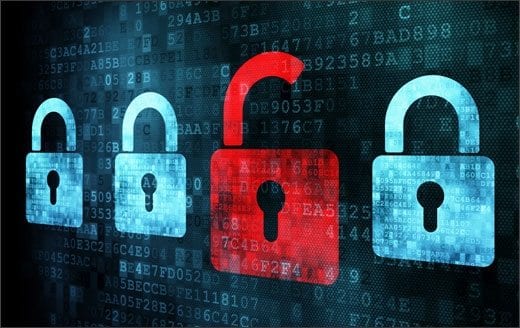 There have been some recent law enforcement moves meant to retrieve information coming from the Internet in order to prosecute people. A US law enforcement agency issued a subpoena from the prosecutor’s office to gain access to electronic communications of a person, citing sections from a 1980s law, which was created long before the Internet became popular. Law enforcers wish to show that the law still has teeth and that it can be marshaled to prosecute offenders by using any electronic communication like IP phone service as a means to put them in jail. Is government access to our electronic data without our knowledge a violation of our constitutional rights?

The subpoena was given to an electronic mail provider and to a popular social networking website who reviewed the subpoena. It takes legal action to combat legal action so they simply ignored the papers issued by the prosecutor’s office. In short, the law enforcement agency never got hold of their request because of the exercise of civil disobedience from the email provider and from the social networking website.

They presented several reasons why they declined the request. In the first place, the affected providers pointed out that the law, which was drafted in the 1980s, doesn’t cover the current electronic communication that exists in the present. In addition to this, they pointed out that the subpoena is not a proper document that will enforce them to open their servers to the requesting department.

Ignorance Not an Excuse

The law can very tricky. When law enforcement agencies want swift action, what they do is coordinate with the justice department to issue out the necessary papers. A search warrant is a legal document issued by the judge who will enforce a receiving department or agent to open their servers for search and seizure purposes. Once the evidence that’s enumerated on it is found, it will be used against the person in a court of law. However getting a search warrant takes time and a judge makes it a point not to carelessly issue out such documentation. The police department must make a notable presentation that it’s really needed. Assumptions of an offense are not given any weight by the court. There must be strong proof that a person has electronic communications using a specific mail server or social networking website in order for a judge to issue out a warrant.

Work around the Law

Law enforcement agencies prefer to do go around this. Instead of waiting for a warrant, they would go directly to a prosecutor to request for a subpoena. The prosecutor’s office works directly with law enforcement and they are the ones responsible in issuing out subpoenas for this purpose.

When the affected Internet providers received the subpoena, they used the document itself as their defense. Instead, they pointed out that a subpoena isn’t enough for them to open their servers to the law and bridge the privacy of their users. As Internet providers they have a responsibility to protect the personal privacies of their clients and being issued a mere subpoena isn’t going to make them budge. Law enforcement will need to obtain a search warrant in order to gain access to the electronic data they want to review.

It is nice to note is that our Internet providers, social networking, and mail websites value our personal privacies, and would take action to protect our electronic data from unwanted searches and seizures. The practice of civil disobedience is necessary in order to prevent misuse of the law to gain access to our personal information.