byDeona Hooper, MSW
in News
0
ADVERTISEMENT
Share on FacebookShare on TwitterShare on LinkedinShare on PinterestShare via EmailShare on Reddit 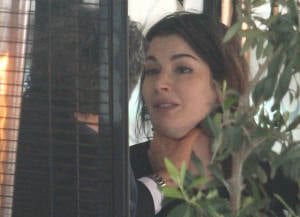 Multi-Millionaire and art collector, Charles Saatchi announced he is filing for divorce after a tabloid newspaper released a photo of him choking his celebrity chef wife, Nigella Lawson, in June 2013. He has allegedly expressed disappointment in his wife’s failure to defend him relating to the public photos of him choking her.

Nigella Lawson is celebrity chef  largely known for her television show in Great Britain, but she is also widely known in most English-speaking countries. The couple has been married for 10 years, and Saatchi reportedly stated the incident was the result of a “playful tiff” between he and his wife. Domestic violence groups are  in an uproar over the lack of police intervention in this matter.

The photo appears to capture the face of a terrified Nigella Lawson which has many asking the question what does “playful tiffs” look like behind closed doors?  Nigella Lawson is 53 years old, and this is her second marriage after she lost her first husband to throat cancer.