byAmanda Huber
in Immigration, News
0
ADVERTISEMENT
Share on FacebookShare on TwitterShare on LinkedinShare on PinterestShare via EmailShare on Reddit 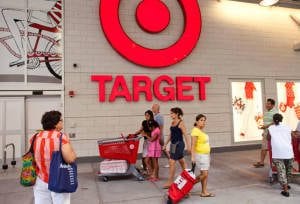 Target is in the hot seat for cultural incompetence this week after an internal memo sparked a California lawsuit. The memo was meant to be a multicultural awareness document, but it was ultimately very insensitive to Latino workers. Workers in the Target store in question, noticed several supervisors using racial slurs toward them and other Latino workers. Supervisors, all of whom were Caucasian, made comments  such as, “You got to be Mexican to work like this,” and “What the hell, I’m already sweating like a Mexican”.

Molly Snyder, a spokeswoman for Target, did not comment on the lawsuit but instead offered that  the retailer is “firmly committed” to diversity in the workplace.”That commitment includes respecting and valuing the diverse backgrounds of our more than 361,000 team members worldwide”.  HuffPost

This lawsuit comes at a time when the marketing department has been making major efforts to target the Hispanic population for their buying power. In a interview with MPR, Minnesota Public Radio, Chief Operating Officer Gregg Steinhafel stated, “We are going to source dominant presentations of Latino and Hispanic merchandise through the entire store.”

Target has launched a major initiative to target this demographic. Then, why are they facing a discrimination suit relating to their treatment of Latino workers? This is not the first time the Target corporation has been the subject of bad practices relating to workers. According to UFCW, United Food and Commercial Workers, Target was cited for intimidation and illegal work rules in May 2012 when they suppressed workers rights to organize in Long Island, New York.

According to the Court House News Services, the following is the content of the internal memo circulated in the Target Store:

Target provided its distribution warehouse managers a document titled, ‘Organization Effectiveness, Employee and Labor Relations Multi-Cultural Tips,'” the complaint states. “This document instructs managers to note differences among Hispanic employees, and states the following:
“a. Food: not everyone eats tacos and burritos;
“b. Music: not everyone dances to salsa;
“c. Dress: not everyone wears a sombrero;
“d. Mexicans (lower education level, some may be undocumented);
“e. Cubans (Political refugees, legal status, higher education level); and
“f. They may say ‘OK, OK’ and pretend to understand, when they do not, just to save face.”
The plaintiffs claim that nearly all the management positions were held by Caucasians, who regularly used racial slurs while addressing Hispanic employees, such as “Only a ‘wetback’ can work this hard,” “You got to be Mexican to work like this,” and “What the hell, I’m already sweating like a Mexican,” the employees say in the complaint. Read More…

Standing with Texas Women: The Six Degrees of Wendy Davis