Does having a disability come with perks, or could such accommodations be considered acts of reverse ableism?  As the 23rd anniversary of the signing of Americans with Disabilities Act (ADA) will be commemorated on Friday, July 26th, I pondered how the implementation of the Act has drastically improved the lives of the people of its focus.  The Act outlined the necessary procedures that needed to occur in order for people with disabilities to have the same access to business and federal establishments, local, state, and federal resources, and services, as their able-bodied peers.  Does the Act, and similar federal policies, allow people with disabilities to achieve a certain perks “status” in society? 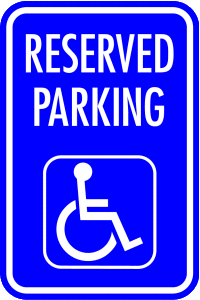 When you think about disability, what normally comes to mind are the limitations and barriers for inclusion and empowerment; rarely do we consider the “perks” that people with disabilities  are provided in our society.  Being a person with a disability, I never thought about such accommodations as being “perks” until I came across a blog post on The Mobility Resource that outlined some of the most popular accommodations that people with disabilities, particularly those with ambulatory (or mobility) conditions, are granted.  Most of us are familiar with the priority parking signs that exist in parking lots and garages, as well designated seating decals that are seen in areas reserved for people with disabilities in movie theaters, arenas, sport stadiums, and other establishments.

There are lesser known accommodations made for people with disabilities as well.  One that came to my attention recently was the lifetime free access passes provided by  national parks.  The access allows for free admission to more than 2,000 federal recreation areas and in the country.  The process for applying for the passes is straightforward, and most state parks and recreational areas accept the passes.  Another “perk” that people with disabilities have is the ability to “jump” or “cut” lines while attending certain events or popular amusement parks, such as Disneyland or Disney World.  If someone uses a wheelchair or any other assistive device, then they are allowed to bypass everyone else standing in line to access the event or establishment.

When it comes to these perks in accommodation and inclusion, the majority of able-bodied individuals strongly agree that they are appropriate.  Others, however, feel that such “special treatment” places too much emphasis on the differences instead of the similarities between people with disabilities and able-bodied persons.  I have heard several people mention that granting free passes and “line cutting” opportunities may cause able-bodied individuals to resent the “entitlements” people with disabilities have, which could be grounds for reverse ableism.  Reverse ableism is similar to reverse discrimination, in which the majority group believes that the minority group(s) have unfair advantages and receive certain treatment simply because of their affiliation or identification to that oppressed, marginalized group.  Are such perks acts of reverse ableism?  Do these allocations place people with disabilities as a higher priority than those who are not disabled?  Or, could those who frown upon these special accommodations fail to realize that they possess privilege by being a person who is able-bodied, and that privilege is the reason why such policies were established in the first place?

Being a wheelchair user, I welcome and gladly take advantage of every “perk” that is offered to me.  Why is that?  Because I know that over 50 years ago, those who were disabled were not treated as equals or viewed as human beings, and were forbidden to be integrated into society as we are now.  The perks allow the wrongs of the past to be “righted.”  The perks are not meant to proclaim that I, and the other 5o+ million Americans with disabilities, are exceptional to able-bodied Americans; they exist to validate that I am worthy to enjoy the recreational activities, once in a lifetime experiences, and pleasing “luxuries” of life, and to not allow my disability to hinder me from doing so.