By assisting the most disadvantaged members of their communities, the role of social workers are to act as change agents, revitalizing lives, and improving communities. These professionals serve in many different sectors of society, providing services and resources that empower people and promote self-healing. 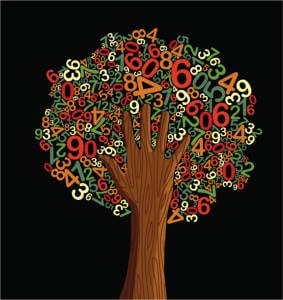 In 2011, the U.S. Department of Housing and Urban Development reported that 636,017 individuals were homeless in the United States. While this number is staggering, it was a decrease from 2009 of approximately 7,000 individuals, due in large part to the services provided by federal, state and local programs. Social workers continue to strive to end homelessness by providing evidenced based and cost effective interventions such as assistance obtaining housing, education and employment.

Programs such as Homelessness Prevention and Rapid Re-housing Program (HPRP) assisted more than 700,000 people in 2010 alone. This program provided funding for resources offered by non-profit human service organizations in local communities, and those programs, in turn, provided assistance that reduced and prevented homelessness. While our society still has a long way to go if we hope to end the homeless epidemic, social workers continue to play a large part in finding the solution.

Another sector of society served by social workers is the immigrant population. Social workers assist both legal and illegal immigrants in many different ways, including advocating for improved working conditions, providing adults and youth with education, accessing resources to meet healthcare needs, meeting children’s needs when their caregivers are detained due to immigration status and assisting immigrants of all ages in learning the English language. According to the Census Bureau, immigrants in the United States account for one in eight residents. Of these immigrants, approximately one in three reside in the country illegally. When considering adult immigrants, approximately 31 percent have not achieved a high school diploma, 34 percent lack health insurance and 17 percent live at or below the poverty line.

It is believed that the high rates of poverty and increased need for welfare programs in this population is due in large part to their lack of education. Immigrants are often detained for non-violent offenses, separating them from their children and leaving those children without any emotional or financial support system. This is a growing problem in America, and more than 33,400 immigrant detention beds exist in the criminal justice system to date. The role of a social worker is crucial in these situations, as social workers are often the only individuals advocating for the parents and attempting to reunite the family if a release is negotiated. The National Association of Social Workers states that, while the very nature of these individuals being illegal means that few statistics exist showing the benefits of social worker’s actions when it comes to United States immigrants, there is no doubting these contributions are essential in improving lives and empowering individuals.

Social workers are able to make a drastic difference, sometimes life saving, for children in our society. This is particularly true when they provide services to young victims of abuse or neglect and their families. In the United States, approximately 6 million children suffer from abuse or neglect according to Childhelp. This is the worst record of any industrialized nation. More than five children die every day as a result of injury imposed by a caregiver or other adult. Approximately one third to two thirds of these reports are initiated or impacted by caregiver substance abuse. As a result, social workers take on many roles in preventing and resolving child abuse cases.

Case management professionals in Child Protective Services receive approximately 3.4 million referrals related to child abuse cases. Of these, 60.8 percent are screened in according to the Department of Health and Human Services. Screened in cases are assisted through interventions including case management, referrals to community resources and family counseling. Substance abuse counselors often work with abusers to resolve alcohol and drug abuse problems and improve parenting skills. Child abuse prevention programs are offered in schools, educating children on the importance of reporting abuse. Social workers also advocate on the state and federal level for new programs that protect children.

5. Bess, Amy. The Impact of Immigration Detention on Children and Families. Retrieved August 3, 2013, from

8. How to Become a Substance Abuse Counselor. Retrieved August 3, 2013, from

The Legal Consequence Of Driving Under The Influence

Ashley Dunlap is an online specialist for The Learning House and works with several universities including Shorter University Online.