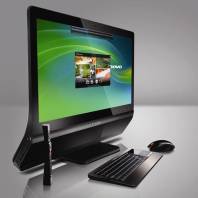 Still, people swear by those gigantic towers. Is it a psychological thing, or do these giant machines still have some use?

Advantages of a Laptop 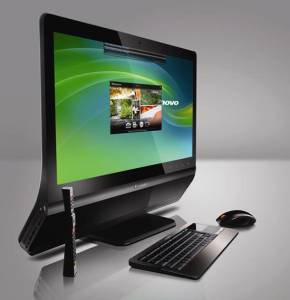 Today, laptops carry almost as much hard drive space and memory if not more than some desktop computers. Therefore, music downloading and burning, PDF creation, programming, and entertainment watching can be equally matched on a laptop as a desktop computer. Yet, they are smaller, lighter, and easier to use when I don’t want to be tied down to a home office or employer’s cubicle.

Furthermore, most of the newer models even have a built-in webcam. This feature makes video conferencing and conducting business meetings with ease while being mobile. I like the idea of being able to talk to love ones from Skype when I’m away from home, too. Any games I want to play are also at my disposal.

Advantages of a Desktop Computer

They usually have way more USB ports than a laptop which usually consist up to six ports versus four. Usually, they also have a larger backup drive and laptops only have one hard drive.

Although the prices of portable PCs are dropping to as low as $350, desktop computers are sometimes cheaper. The parts also seem to be easier to replace  and customize than a laptop. The main reason for being able to fix them easier is because the components inside are much larger because the desktop computer is built for growth and upgrading.

Aside from fixing a desktop, it seems as if it’s easier to increase the RAM in it because there are usually more memory slot available. Many desktop computer are possess the luxury of having larger monitors.

Give it a couple of years, there is no telling what advances are coming next. Technology changes fast, and it’s still possible that in another year or two desktop computers could become obsolete. In fact, some portable PCs already have at least a TB of hard drive space and external portable backup drives now hold at least that amount of data.

I wouldn’t doubt that some laptops may even have two different hard disks in them. If they don’t already, they may soon. Furthermore, it is highly possible to attach a larger LCD monitor to one with the right connector cord as long as the right ports are built into the portable PC.

If anything, I’m keeping mine for awhile. After all, I don’t have all my backup disks uploaded to my Cloud storage yet. I’m sure I’ll need it at least for long enough to transfer them elsewhere, but perhaps in three to five years max I won’t need them any more. Maybe no one else will either.

Erin Walsh loves to blog about anything to do with technology. Thankfully, her "real" job is something that she loves to do, blog about technology at http://pchealthboost.com/blog . Erin's blog at PC Health Boost is centered around helping everday computer users solve common computer errors with solutions that anyone can troubleshoot. She offers all of her advice whether you use her pc utility software or not. Hop on over and find out how to speed up you pc, avoid screen freezes, fix dll errors, and more. View all posts by Erin Walsh