byDeona Hooper, MSW
in Mental Health
0
ADVERTISEMENT
Share on FacebookShare on TwitterShare on LinkedinShare on PinterestShare via EmailShare on Reddit 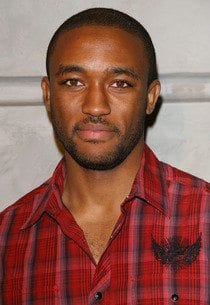 The Famous Jett Jackson star, Lee Thompson Young, was found dead in his apartment from an apparent self-inflicted gun shot wound on Monday. The actor was currently playing a detective in TNT’s Rizzoli and Isles. Staffers contacted the actor’s landlord to check on his welfare after Young did not report to work. Currently, the show has suspended production in response to the developing events.

Some reports have cited depression as the possible cause leading to the suspected suicide, but some speculation remains because there was no note left at the scene. Lee Thompson Young made his claim to fame as the star of the hit Disney show “The Famous Jett Jackson” which was a scripted show about a superstar kid actor, Jett Jackson’s, family life. He also reprised the role Cyborg on CW’s “Smallville”. Lee Thompson Young was 29 years old.

According to TMZ who broke the story:

Young’s body was discovered inside his North Hollywood home Monday with a self-inflicted gunshot wound, according to sources. It’s unclear why Young took his own life.

Lee’s publicist said, “It is with great sadness that I announce that Lee Thompson Young tragically took his own life this morning … Lee was more than just a brilliant young actor, he was a wonderful and gentle soul who will be truly missed.”

Young currently appears in the TNT show “Rizzoli & Isles” — and we’re told when he didn’t show up to work Monday morning, staffers called Young’s landlord to check up on the actor. That’s when the landlord found him. Read more