LinkedIn for Kids: Yay or Nay?

byMichael Morgan
in Education, Technology
0
ADVERTISEMENT
Share on FacebookShare on TwitterShare on LinkedinShare on PinterestShare via EmailShare on Reddit

How old should you be to be able to decide what you want to be in life?  Some people say it’s as soon as you finish high school, because then you’d have a certain level of maturity, balanced with idealism from youth.  Others say it’s when you’re in your mid 20’s because you never really know what you want until you’ve explored a little bit of the real world.  LinkedIn, on the other hand, says it’s never too early to start thinking about your future.  This social media network, popularly used by professionals, has now opened its platform to kids as young as 13 years old –– and boy is it getting heat from people. 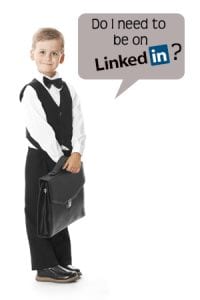 Dr. Bernie Hogan of the Oxford Internet Institute told BBC that this would help children “differentiate between the public profile they want for employment (and) the personal profile they share on Facebook with their friends and family.”  He may just have a point.  With the amount of children over-sharing on Facebook, LinkedIn just might be the platform that will teach them how to put a lid on it, to avoid creating a bad image professionally.  But what was LinkedIn really thinking when they decided to open the platform to a younger market?

The suspected reason behind LinkedIn welcoming a younger market is their latest creation called “University Pages”.  In fact, around 200 universities have signed up to create their own pages in LinkedIn University which include information about campus life for present and prospective students, campus news and activities, and links to famous alumni.  These universities include NYU, the University of Michigan, the Rochester Institute of Technology, and more.  University pages on LinkendIn are supposed to encourage and facilitate communication between the universities, present and prospective students, and alumni to make the information on the education, campus life, and networks within the university, more accessible and transparent.

What’s in it for the universities?  Their promotional video claims that the university pages on LinkedIn aren’t just for branding; they’re about better targeting, engagement, and insights.  With the university pages, you can show statistics on the products of the school (the alumni) and their paths from campus to career.

What’s in it for the students?  Their promotional video encourages soon-to-be professionals to use LinkedIn in order for them to have a “resume that never sleeps.”  Also, they’re promoting a platform which will help young professionals and professionals-to-be to look for jobs as their ad says
job hunters simply have to “…keep tailoring and connecting and applying, and before you know it you start to get responses, first a few, then more, then an interview and before you know it, you’re hired”.  Basically, it promotes subscribing to a platform that will help you create a network, which in turn, will help you once you get out on the real world.

Nay-sayers 1: Think about the children

The “Yay-sayers” argue that taking part in the LinkedIn community and seeing the career paths of successful LinkedIn users (most likely alumni from their schools) will help teens understand how the correct work experience and degree, and responsible use of social media networking can help them choose a career path.  However, there are quite a few people who are strongly opposed to the idea of LinkedIn branching out to very young teens.

Josh Constine on TechCrunch believes that “The problem isn’t teens doing things that could fill out their LinkedIn profile.  It’s them choosing what to try after judging themselves through the hypothetical eyes of recruiters and college admissions officers lurking the web.  That could pressure them into making decisions based on what others want, rather than what excites them.” 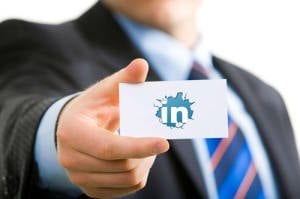 Rhiannon Lucy Cosslett from the Guardian, on the other hand wrote that “You may argue that this move demonstrates a distasteful failure to allow children to be children by inflicting upon them the inherent melancholy of the knowledge that one’s destiny is merely that of a wage slave in a riddled service-based economy, and you’d not be wrong.”

Several recruiters I personally know use LinkedIn as a source for professionals they need to recruit.  Whether they add everyone or simply send personal messages to people, the purpose is to create a larger search network in hopes of finding the perfect match for the positions they need to fill.  My friend Maria, however, thinks that by adding a whole new generation, it’s going to be a bit more tedious for recruiters to filter through a search base cluttered with teenagers.

Despite the cynicism of several people towards this bold move by LinkedIn, they still pushed through with this last September 12th.  It’s intriguing to see how this will play out for the former social media network for professionals.  Will their expansion to forward-thinking younglings help them grow as a network or will this all come crashing down after a year?