byDeona Hooper, MSW
in Education, Social Work
0
ADVERTISEMENT
Share on FacebookShare on TwitterShare on LinkedinShare on PinterestShare via EmailShare on Reddit

Every fiber weaving together today’s social safety net for our most vulnerable populations included social workers in the development of those historic legislative pieces.

On September 25, 2013, the White House Office of Public Engagement coordinated the first-ever White House Briefing for Social Work Education with the Council for Social Work Education (CSWE) led by President Dr. Darla Coffey. The purpose of the briefing was to address the social determinants of health in a new era and the role of social work education.

As Editor-in-Chief of Social Work Helper, I had the opportunity to attend this historic event. Presentations were given by federal officials from the Substance Abuse and Mental Health Administration (SAMSHA), the Department of Health and Human Services (DHHS), and the National Institute of Health (NIH).

Before I begin my ongoing series of articles to discuss the resources provided during each presentation, I wanted to adequately document the historic value of the event. Moving Americans closer to universal healthcare with the rolling out of the Affordable Care Act to full implementation, those of us in attendance had a curbside seat to history.

Dr. Coffey and her efforts as President of CSWE will hopefully move social workers closer to reprising their role as leaders in the development of legislation and policies affecting vulnerable populations. According to the CSWE’s website,

CSWE is a nonprofit national association representing more than 2,500 individual members as well as graduate and undergraduate programs of professional social work education. Founded in 1952, this partnership of educational and professional institutions, social welfare agencies, and private citizens is recognized by the Council on Higher Education Accreditation as the sole accrediting agency for social work education in the United States.

Social Workers have always been instrumental in the development of landmark legislation. Social Workers’ influence in advising Presidents is documented as far back as 1933 when President Roosevelt appointed Social Worker, Frances Perkins, as the first female cabinet member who some say was the architect behind the New Deal. In 1939, Social Worker Abbott Grace has been credited with helping to draft the Social Security Act. 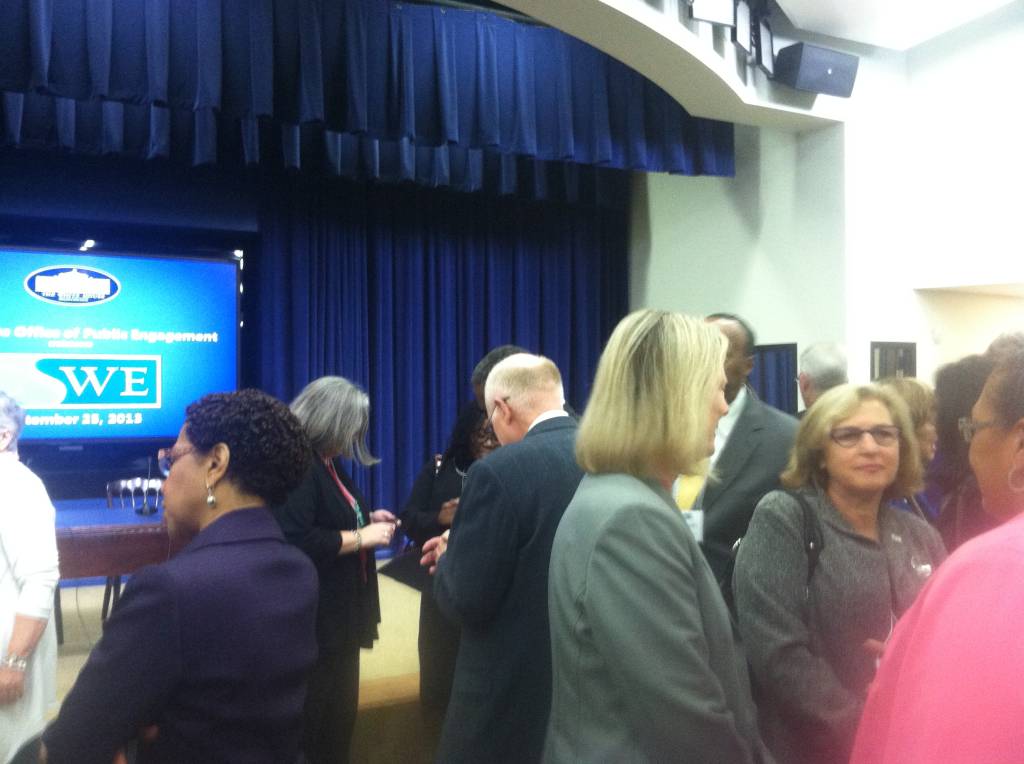 During the Civil Rights Movement, Social Worker Whitney M. Young was an advisor to President Lydon B. Johnson alongside Dr. Martin Luther King, Jr. in the creation of legislation that has come to be known as the War on Poverty which includes Medicaid, Medicare, and the Civil Rights Act 1964.

In 2010, Social Work Professor and leading Child Welfare Expert, Bryan Samuels, was appointed by the Obama Administration and confirmed by the Senate to serve as commissioner of the Administration on Children, Youth and Families (ACYF) at the U.S. Department of Health and Human Services.

My impressions, from the presentations and Q&A sessions that preceded each, give me hope that the current White House Administration and the social work profession will work towards bringing social workers’ influence back to the policymaking table. View below for a list of the attendees who were a part of this moment in history.

The Department of Health and Human Services has put together videos, webinars, toolkits, and state by state fact sheets to help you better understand the changes being implemented.

Government Shutdown: Why Can’t the White House and Congress Get Along?

Government Shutdown: Why Can't the White House and Congress Get Along?