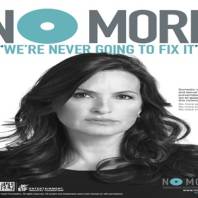 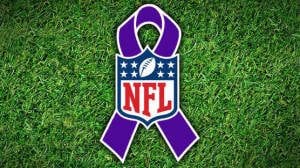 As a result of a request made by Outsports, the Thursday Night NFL Broadcasting crew wore purple in honor of spirit day for last night’s October 17th football game between the Seahawks and the Cardinals. National Spirit Day is an annual event which promotes awareness for anti-LGBT bullying and offers a show of support for LGBT youth. This subtle action by members of the NFL community helps to move the conversation forward in bringing the message of anti-bullying to a national audience. However, it must be acknowledged that there is a growing movement for the NFL to address increasing occurrences of domestic violence involving its players.

October is also Domestic Violence Awareness Month, and a Baltimore Social Worker has been circulating a change.org petition urging NFL Commissioner, Roger Goodell, to take a preventive stance in addressing domestic violence in the league. After the murder-suicide perpetrated by Kansas City Chief, linebacker, Jovan Belcher, it appears the league has not taken any measures to address the increasing incidents of domestic violence.

Gretchen Tome, the author of the petition, is a Clinical Social Worker who works with families affected by domestic violence in Baltimore, Maryland. In the wake of Kasandra Perkins’ murder, the media paid more attention to Belcher’s suicide than the loss of her life at the hands of domestic violence according to Tome. In her appeal and petition to Commissioner Goodell, she cites:

There are 32 NFL teams in the league and 21 of those teams have players who have at some point in time faced domestic assault or sexual assault charges. Kansas City Chiefs’ former running back, Larry Johnson, was arrested in October for choking his girlfriend. Miami Dolphins’ receiver Chad “Ochocinco” Johnson was arrested in August for headbutting his wife. In March, Bears receiver Brandon Marshall was accused of punching a woman in the face outside of a nightclub.

The list is long. And something has to change.

These high profile cases give the NFL the opportunity to do more. In July, the NFL established LifeLine — a program for players, coaches, team and staff in crisis. And Comissioner Roger Goodell started a “mental health initiative” for players, staff and coaches. But it remains unclear if these new programs have had impact. Under current rules, the NFL  has the ability to fine or suspend any player facing charges that relate to domestic assault. Sign the Petition

If the NFL wanted to tackle this issue, they have more than enough resources at their disposal. There are a host of organizations and campaigns working to end domestic violence and sexual assaults, and No More is one of many organizations dedicated to this cause. Their website is full of information, public service announcements (PSA), and tool kits for those who are interested in taking action. You can visit them at http://nomore.org/.

View a PSA by Christopher Meloni who played Elliott on Law and Order Special Victims Unit: