You Know That We Can Hear You Right: Interview with Don Yelton 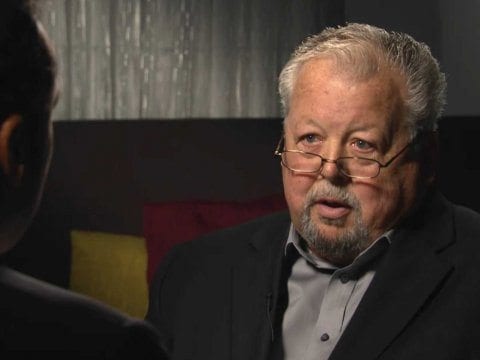 Once again, comedians have accidentally exposed extremists within the Republican party. In this case, the Daily Show interviewed Don Yelton who is the current North Carolina GOP leader for the Buncombe County precinct, or at least until this interview aired. This video captures the essence of the current state of American politics. If you were ever concerned that voter restriction laws were being used to disenfranchise minorities, this video confirms that you were wrong.

The North Carolina Republican led legislature recently passed one of the most restrictive voter id laws in the country. Many civil rights advocates believe the implementation of these laws across Red States are designed to prevent vulnerable populations from voting. However, Don Yelton makes it very clear that voter id laws were not designed to eliminate voters based on race, creed, color, age, sex, or religion. The real reason voter id laws were created is to deter all Democrats from voting.

After this interview aired, it went viral which led to the GOP asking for Yelton’s resignation. According to Business Insiders,

A North Carolina county precinct GOP chair resigned on Thursday after an offensive interview that aired on “The Daily Show” Wednesday, in which he said “lazy black people” want “the government to give them everything.”

“Yes, he has resigned,” said Nathan West, a spokesman for the Buncombe County Republican Party. The party had asked for Don Yelton’s resignation in direct response to the interview, West said.

The interview, conducted by correspondent Aasif Mandvi, was on the topic of North Carolina’s new voter ID law, over which the Justice Department has sued the state. On “The Daily Show,” Yelton argued that the law wasn’t racist, though he added that he’s “been called a bigot before.” Read more

This is an example of the GOP leading our government, and it will also serve as good evidence when the US Department of Justice takes North Carolina to court over its restrictive voter id laws.