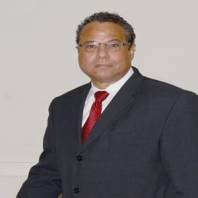 There are many lessons to be learned from children of adversity who able to thrive despite the circumstances placed upon them through no fault of their own. Native North Carolinian, Ronald D. Maloney, was the first bi-racial child placed in the State’s colored orphanage in Oxford, North Carolina as a result of his mix-raced status. Ronald Maloney will be returning to North Carolina to begin debuting his memoir Powerhouse Road.

In 1959, Ronald’s circumstances were unique because he was denied acceptance by both the black and white community, and he remained in the colored orphanage from first grade until the day he left for the military in 1972. As a Bachelor’s of Social Work student, he graduated from North Carolina State University in 1977, and he went on to obtain a Masters in Social Work from the University of California at Berkeley.

According to an article written by UC Berkeley Social Welfare, when asked what led him to California, Ronald Maloney stated,

“I had wanted to go to USC or UCLA because of their sports programs,” says Maloney of his initial choices for graduate school. “But then I saw that Berkeley had the number one program in social welfare, so I knew that’s where I had to go.”

Maloney drove across country with whatever belongings he could fit in his army duffle bag to start his new life in the Berkeley and the Bay Area, a place where he remains to this day. He explains that he knew he was definitely no longer in North Carolina when he spotted “a guy with dreads” while coming up University Avenue to the campus. “Oh, I am at UC Berkeley now!” he remembers thinking.

Also among his earliest memories was the very first School of Social Welfare orientation he attended in Berkeley’s famous Rose Garden, complete with wine and cheese.

“I’ll never forget when an older man came up and asked me, ‘How does it feel to be at UC Berkeley?’” recalls Maloney. “I didn’t know who he was, but I figured it had to be somebody important – and it was. It was Dean Specht. He said to call him Harry.

“When Harry asked me that question, I answered, ‘Do you want me to tell you how I really feel or what I think you want to hear?’ He said he wanted to hear my real feelings, and I said, ‘I feel academically inferior because all these people around me are coming from big-name and Ivy League schools.’  Read Full Article

The article is a great read for anyone wanting to preview the upcoming book signings by Robert Maloney. You can also view a segment about his journey on UNC TV using this link.