byConnie Hayek
in Child Welfare, Social Work
0
ADVERTISEMENT
Share on FacebookShare on TwitterShare on LinkedinShare on PinterestShare via EmailShare on Reddit

Ever wonder why people are not clamoring to build a better abacus?  Most people wouldn’t know how to use an abacus if they found one.  Some might not even recognize an abacus if they saw one, and some may not even know what an abacus is because they are obsolete.  An abacus is a counting frame or calculating tool which have been long replaced by paper and pencils, calculators, and computers.  Similar to the abacus, there have been several attempts to improve foster care over the years.  Communities, states, federal organizations, ‘think-tanks’, and ‘thought leaders’ have all grappled with improving, re-inventing, re-positioning, and re-envisioning the approach to protecting vulnerable children. 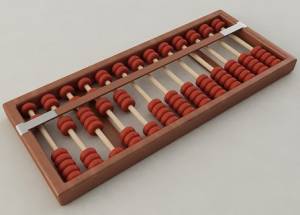 The antiquated abacus has gone through similar processes and iterations. They have been enhanced by adding more beads capable of performing more complex calculations with larger numbers; the materials used improved to promote ease of use and reduce the cost of producing; ‘Cadillac’ versions have been produced using rare woods to cater to the elite abacus user.  The beads on a new and improved abacus probably glide more smoothly, the wood less likely to splinter or break.  However, despite all the improvements over time, the abacus is now little more than an object to be studied in history classes, a collectors’ item, or a conversation piece in libraries and living rooms.

Several years ago, a new group was formed, obtained financial backing, and held a series of national meetings aimed at creating a better child welfare system.  They invited a group of people they believed to be critical ‘players’ in the field, either because of their leadership or because they worked in organizations perceived to fill a vital role in the established ‘system’.  There were presentations, round-tables, panels, and other facilitated discussions conducted to create a better child welfare system.  Before and since then, this approach has been replicated at multiple levels, with some of the same faces at the table, some different.  People have been hired, papers have been written, websites have been built, and a variety of on-line communities established to facilitate communication.  At the end of the day, what is ‘produced’ generally looks very much like the foster care system in place before the conversations started.

Does the foster care system await the same fate as the abacus?  I believe so.  In fact, I hope so.  It is well-known that foster care can be traumatic to children and families.  Child abuse and neglect can be extremely damaging to the development of children.  Some research suggests that foster care can be as damaging as the family situations it is meant to ‘treat’ or ‘cure’. Research by Economist Joseph Doyle at MIT Sloan School of Management certainly suggests that foster care is not a beneficial treatment option. (Study: Troubled Homes Better Than Foster Care) Maybe it is time to re-evaluate foster care as a treatment option. Maybe it is time to seek true innovation, find a new cure.

Can child welfare professionals accomplish this feat? I doubt it. There may be great minds working in child welfare, but it takes collaboration, cooperation, cross-system problem-solving, and true innovation to address the complex problems faced by vulnerable children and families. Perhaps it’s time to ‘crowdsource’ child welfare and find new solutions, new strategies, and new treatments.