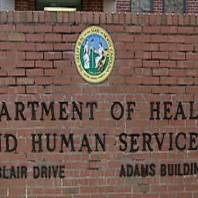 The North Carolina Department of Health Human Services (NCDHHS) held a twitter town hall today using the hashtag #ncmentalhealth in order to measure public perception of Governor McCrory’s new Crisis Initiative Solution for mental health reform. Governor McCrory is int the process of assembling an interdisciplinary team of experts from health care, law enforcement, government and community leaders. Some of the duties expected of the group will be to make recommendations on current system inefficiencies, data sharing, and potential legislation.

Dave Richard, Director of the Division of Mental Health, was present to answer questions on behalf of the Agency. Unfortunately, it appeared Agency officials were experiencing some technical difficulties with the twitter town hall format. Many of the participants who engaged sent out tweets expressing concerns about the communications team ability to moderate the chat.

According to a press release by NC DHHS in early November, the agency stated:

“Improving mental health and substance abuse services is a top priority of our administration,” said Governor Pat McCrory. “By bringing people together to implement strategies that work, we can better serve the thousands of North Carolinans who struggle with mental illness and substance abuse.”

“With today’s announcement, we begin a focused, long-term effort to ensure that individuals and families who are experiencing a mental health or substance abuse crisis know where to turn for the help they need,” said DHHS Secretary Aldona Wos, M.D. “In turn, we can begin to reduce the tremendous burden that these issues place on hospital emergency departments and law enforcement.”

Although there were several tweets about Medicaid expansion and health care exchanges, the Agency did not make any comments on whether it will factor into their plan for mental health reform. However, there was a generally concensus that the mental health care system in North Carolina is in desperate need of repair.

Some of the major concerns that arose during the town hall was access, quality of services, reimbursement, and potential replacement models. Below, you can view a full interactive archive of the twitter town hall which will give you the ability like, add to your favorites, and retweet.