Serving Our Veterans: Micro vs Macro (Part 3 of 4)

byChris Brown
in Military, Social Work
0
ADVERTISEMENT
Share on FacebookShare on TwitterShare on LinkedinShare on PinterestShare via EmailShare on Reddit

Part one of this series analyzed the impact of the Bonus Army, and part two looked at the survival of the Private vs. Public argument when providing services to those who fight our nation’s wars. In this third installment, I will be analyzing micro vs macro an even greater tension that has persisted from the Depression to present day, and it still continues to influence our effectiveness at serving our veterans. 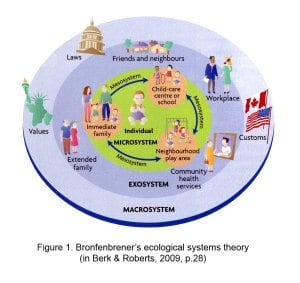 Social work as a field is constantly living within the Micro vs. Macro tension, as were the Bonus Army veterans also known as the Bonus Expeditionary Force (B.E.F.). At the most basic micro level, social workers aim to assist individuals in need. At the macro level, social workers aim to change policy and environmental conditions that support social change and afford individuals some level of security and autonomy. All along the way, we can observe tension among individuals and agencies, who place a higher priority on one or the other.

In the Anacostia Flats during the summer of 1932, there were certainly veterans of the B.E.F. who were there for their own personal motives, operating from a micro perspective. There were also veterans among them, who were motivated by a macro perspective, hoping to effect change for the entire veteran population. Life in Anacostia for these WWI veterans during the Bonus March had its own Micro vs. Macro tensions as a result.

As time progressed and our society continued to challenge the status quo at the macro level, social workers by and large became distracted at the micro level. This change was largely fueled by an increase in Freudian ideology, which brought social workers out of the community and into their offices as individual counselors and case workers. With social work changing its focus to the micro level practice of diagnosing and counseling individual clients, the field had much less workers on the macro scale advocating for public services and had very little stake in the changing political climate of the 1960’s and 1970’s as a result. Only within the past decade or two has social work begun to step back into the macro level as a viable agent. So we observe this Micro vs. Macro tension shifting among social work over time.

As Bertha Reynolds (1935) pointed out, “social case work rather finds its function in dealing with difficulties in the relationship between individuals or groups and their physical or social environment”. Her observation, which was made during the same period as the events of the Bonus Army, was true before these events and is still true to this day. The tension between Micro vs. Macro is likely to continue to persist.

What can we learn from this? If these tensions will persist indefinitely, what’s the point? I would argue that by acknowledging the existence of these tensions, we are more apt to finding better solutions that will help us be more effective at serving our veterans for the long haul. So what are the implications of these tensions in how the U.S. government addresses it’s military veterans now? What can we do better? Stay tuned for the final segment of this series to find out.

Parenting Troubled Teens: Indications of their Cry for Help

Chris is pursuing a Masters in Social Work through the University of Washington's part time, extended degree program.