byVilissa Thompson
in Disability, Employment, News
0
ADVERTISEMENT
Share on FacebookShare on TwitterShare on LinkedinShare on PinterestShare via EmailShare on Reddit 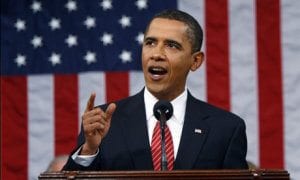 Recently, President Obama signed an executive order to increase the minimum wage to $10.10 an hour for federal contract workers.  This action will benefit individuals who are contracted with the federal government who are making less than this newly approved rate.  (The current minimum wage rate is $7.25 an hour.)  The minimum wage hike for federal workers will become effective on January 1st, 2015.  Raising the minimum wage coincides with the President’s plans to increase opportunities for the American people.

Under the current law, federal workers with disabilities may be paid less than the $7.25/hour rate under specialized certificate programs.  This means that it is legal to pay federal workers with disabilities incredibly less than their able-bodied colleagues, even though they are doing the same job.  The current provision creates a disproportionate living wage gap between disabled and able-bodied federal contracted workers.  Without the inclusion of people with disabilities in the President’s order, certain disabled workers would have continued to earn a living wage as little as 22 cents an hour.

This executive order is a steppingstone in the right direction to increase the minimum wage for all Americans, but what can be done to ensure that people with disabilities are not overlooked or dismissed when future plans are constructed to improve the well-being and economic status of those in this country?  How can we better advocate for ourselves, and demand that those with influence take our needs and concerns seriously?  Share your thoughts and suggestions with me because excluding people with disabilities from momentous initiatives such as this can no longer suffice.