Why Higher Education in the 21st Century is No Longer Optional

byStephanie Pinsky
in Education, Employment
0
ADVERTISEMENT
Share on FacebookShare on TwitterShare on Linkedin

Education has long been considered one of the gateways to socioeconomic success in the United States. In today’s labor market, however, education is more essential to lifelong economic success than ever before. 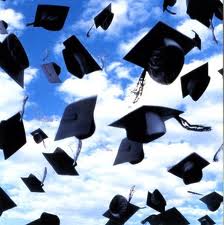 As Alan Krueger, President Obama’s Chairman of the Council of the Economic Advisers, explains, the American economy is experiencing a “skill-biased technology change,” where technology, automation, and globalization are replacing the need for low-skill labor (2012). As demand for low-skill labor declines, individuals without a high school or college degree are having an increasingly difficult time finding gainful employment than their counterparts did in previous decades.

On the other hand, individuals with analytic skills and college degrees have benefited from this skill-biased technology change, as these individuals have the educational training to meet the demands of the changing labor market. The decline in union membership (20 percent in 1982 compared to 12 percent in 2012) has further decreased the availability of livable wages and job security for employees with lower levels of education, as unions have been shown to protect low-skill jobs from unequal shifts in the labor market (Card, as cited in Krueger, 2012). In many cases, less educated workers are forced to work at or near the minimum wage, an hourly rate that has decreased in relative value since the 1980s (Lee, as cited in Krueger, 2012).

This economic shift is one of the primary reasons the wage gap between high school graduates and college graduates has soared over the past four decades, contributing to an increase in economic inequality in the United States.

These statistics suggest that young adults with a college degree earn 50 percent more than individuals with only a high school degree and twice as much as individuals who did not complete high school.

This increasing income differential between high school and college degree earners represents a fundamental shift in the educational needs of American citizens.  Today, education is not simply a gateway to economic improvement but is one of the key mechanisms for economic survival. While there was a time when an individual with a high school degree could participate and prosper in the middle class, this phenomenon is no longer a reality. Our current economy demands that Americans receive quality basic education to better insure their success in institutions of higher learning.

The Importance of Education for Low-Income Students

Today education represent the primary vehicle for economic mobility. This fact is especially true for low-income students. According to the Pew Charitable Trust’s Economic Mobility Project (2012):

While income and wealth are not the only benefits of education, the realities of living in poverty make the link between education and income hard to ignore. Beyond income, however, higher levels of education have been shown to:

While many of these factors may be related to income, citizens with higher levels of education have better access to information about health and preventative care, child development, personal finances, risk-behavior and lifestyle choices compared with individuals with less education.

Conclusion and the Role of Social Workers

Education in the 21st century represents a critical avenue for economic mobility, security, and social prosperity. In short, higher education has become the primary gateway to the middle class.  However, higher education is still discussed as an “option” in many American schools and the high cost of colleges and universities reinforces old believes that college is a “privileged” experience. Both of these notions are false and the mechanisms supporting them must be reformed. Higher education must be affordable and our high schools must be explicitly designed to prepare and transition student into higher education settings.

Social workers can play a pivotal role in helping families and systems adjust to the realities of the skill-biased technology change:

The skill-biased technology change in the American labor market is real and we have yet to fully adjust to it. While raising the minimum wage is an important step towards supporting low-income workers, this effort will not be enough to combat the effects of the changing demand for labor. Higher education must become the norm and it should be accessible to ALL Americans.

Lochner, L. (2011). The importance of education on crime, health and mortality, and civic engagement. The Vox Organization.

Looney, A., Greenstone, M. (2011). What is happening to America’s less-skilled workers? The importance of education and training in today’s economy. The Hamilton Project

Krueger, A. (2012). The rise and consequences of inequality in the United States. The White House Blogs.

Mobile Apps for Use with Art Therapy