WASHINGTON, DC- On March 24, 2014, President Obama announced the appointment of Douglas Brooks, MSW, as the Director of the White House Office of National AIDS Policy (ONAP). A leading HIV/AIDS policy expert, Douglas most recently served as Senior Vice President for Community, Health, and Public Policy at the Justice Resource Institute (JRI). As the Director of ONAP, he will lead the Administrations work to reduce new HIV infections, improve health outcomes for people living with HIV, and eliminate HIV health disparities in the United States. 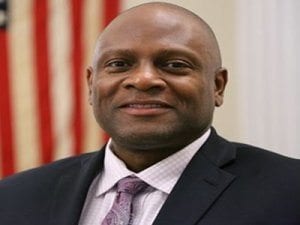 Douglass policy expertise combined with his extensive experience working in the community makes him uniquely suited to the task of helping to achieve the goal of an AIDS-free generation, which is within our reach, President Obama said. I look forward to having him lead our efforts from the White House.

A component of the White House Domestic Policy Council, ONAP coordinates the ongoing implementation of the National HIV/AIDS Strategy and the HIV Care Continuum initiative, while working together with public and private partners to advance the federal response to HIV/AIDS. ONAP also works with the White House National Security Council, the State Departments Office of the Global AIDS Coordinator, and international bodies to ensure that Americas response to the global pandemic is fully integrated with prevention, care, and treatment efforts around the world. Through the U.S. President’s Emergency Plan for AIDS Relief (PEPFAR) initiative, the U.S. has made enormous progress in responding to the global HIV/AIDS pandemic, working with countries heavily impacted by HIV/AIDS to help expand access to treatment, care, and prevention.

Brooks, a person living with HIV, was most recently the Senior Vice President for Community, Health, and Public Policy at JRI , a health and human service agency based in Boston.He served as executive director of the Sidney Borum Jr. Community Health Center at JRI, has managed programs in urban and rural environments and has served as a consultant to domestic and international governments and non-governmental organizations assisting their efforts to serve populations living with and at greatest risk for HIV/AIDS. Brooks was a Visiting Fellow at the McCormack School Center for Social Policy at the University of Massachusetts, Boston and was Chair of the Board of Trustees of AIDS United in Washington, DC.

In 2010, Brooks was appointed to the Presidential Advisory Council on HIV/AIDS (PACHA) and served as its liaison to the CDC/HRSA Advisory Committee and successfully led those bodies to achieve the tasks assigned to them in the National HIV/AIDS Strategy . He has directly managed federally funded programs, meeting or exceeding targets for Ryan White projects, CDC Prevention for African American/Black youth, a HRSA Special Project of National Significance (SPNS), and a HOPWA SPNS. Brooks received a Master of Social Work degree from Boston University and is a licensed clinical social worker.