byTanya Ellison
in Human Rights, LGBTQ, News
0
ADVERTISEMENT
Share on FacebookShare on TwitterShare on LinkedinShare on PinterestShare via EmailShare on Reddit 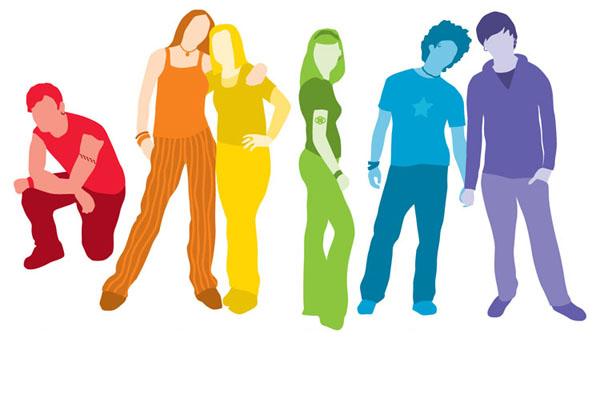 From gay veterans being banned from the St. Patrick’s Day parade to a father killing his own daughter because she was a lesbian, these types of incidents appear to be more common and frequent in today’s world. Maybe if we created a foundation with a bit of information about this community, there will be a better understanding and more acceptance toward LGBTQ individuals. This article is the first in a three part series looking at the labels and stigma attached to LGBTQ populations.

According to MSNBC, organizers of the St. Patrick’s Day Parade in one of the most liberal states of the union prevented LGBTQ service members from marching in the parade. Organizers stated,

The vets will only be allowed to march if they do not reference their sexual orientation. “It is our intention to keep this parade a family friendly event,” the group wrote. “We will not allow any group to damage the integrity of the historic event – or our reputation as a safe and fun filled day for all.”

Labels are not something most people want to be associated with, but in today’s society everything must be defined. People must construct a system in which to identify each other. The words that define who a person is can range from their race to their gender. These identifiers can be ones bestowed on them by history, by the way the worldviews them and even by the individual. These chosen labels have been sometimes ones that have stemmed from hate and are meant to hurt instead of liberate the people in which it is defining. Even though a label started out as one meant to hurt and humiliate, sometimes that same term becomes reclaimed as a positive defining word used by someone to justify who or what they stand for.

With acronym’s such as GLBTTIQQ, (Gay, Lesbian, Bisexual, Transsexual, Transgendered, Intersexual, Queer and/or Questioning), one must find homosexual lingo as confusing as ever. It almost seems that more letters and more terms get attached to that acronym and fall under the umbrella of queer every day.The term “queer” has not always been a label someone would want to coin themselves, at best the term was slang for homophobic use. Then somehow throughout the years, queer has become more than a label, it has become a social movement.

With the rise of Queer Youth today, the sense of identity is a huge part of who they are, and it seems they are changing how to represent themselves on a day-to-day basis. Queer is not just a simple label someone chooses lightly. According to Leslie Feinburg,“Great social movements forge a common language – tools to reach out and win broader understanding”. The term “queer” is not one that is easily defined. “Queer” and the terminology that goes along with it does take one to broaden their mind in order to construct the meanings or anti-meanings to which queers are trying to define.

There is thought and action behind the use of the label “queer” to justify who they are and a claim to what their sexuality says about them. Some of the groups who coin themselves “queer” range from Asexuals, (sometimes referred to as nonsexuality), in its broadest sense means the lack of sexual attraction to others or the lack of interest in sex, to Pansexuals, which refers to the potential for sexual attraction, sexual desire or emotional attraction towards persons of all gender identities and biological sexes while pansexuals see themselves as being “gender blind”

Queer is not only an umbrella term that encompasses lesbian, gay, bisexual, transgender and asexual, it is a statement of where one stands as far as their politics and culture goes. In defining this term, one must also explore who associates themselves with the label, how has “queer theory” in academia affected the term, where has this identity been taken as far as political discourse and what is this social movement that goes along with the meaning of the word “queer”?

Tanya Ellison is a BSW candidate at Tennessee State University in Nashville, Tn. She is a purpose driven advocate for the exposure and education of the LGBTQ social movement. She is currently working on a project called “Queer Faces of the South,” a photo and essay book. She is also researching the development of an identity model to aid Social Workers in working with the LGBTQ population.

Forensic Social Work and Its Importance in the 21st Century