byRebecca Joy Novell
in Mental Health, Social Work, Sports
0
ADVERTISEMENT
Share on FacebookShare on TwitterShare on LinkedinShare on PinterestShare via EmailShare on Reddit 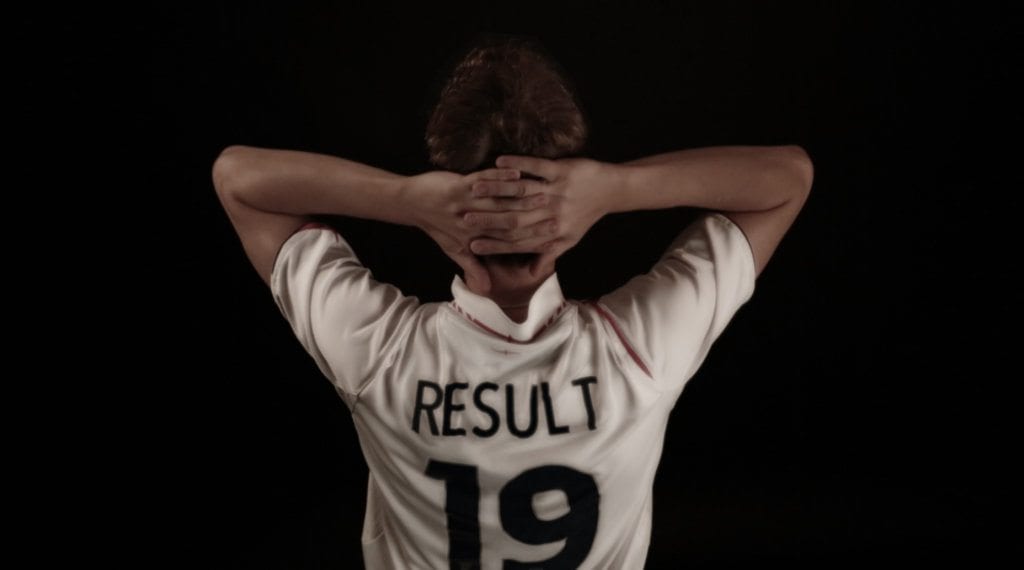 Every two hours, someone in England takes their own life. Suicide is a leading cause of death amongst young men in the UK and it is estimated that 90% of people who commit or attempt suicide suffer from mental health problems. 850,000 children and young people in the UK currently have a diagnosed mental health problem. However, mental illness amongst young people is still, sadly, somewhat of a taboo subject. Research shows that 75% of the people who successfully commit suicide were not receiving support from a mental health service prior to their death.

Result is a new theatre production from Sketty which hopes to get young people talking about mental health. It focuses on the lives and experiences of six young men training in a Football academy and documents the emotional impact of their consequent successes and failures. Sketty is an English theatre company co-founded back in 2005 by brothers Alex and Toby Clarke. Football is not an area commonly associated with vulnerability and so I was intrigued as to how it could be used as a means to discuss mental health stigma. I met up with Sketty’s co-founders, Alex and Toby, to find out more.

Rebecca: What was the purpose of creating Result and how did it come about?

Toby: Our older brother has a little girl. I have a little boy and we all get together some weekends. One weekend, whilst the kids were upstairs cooking fake food, he began telling me about his new job as Consultant Sports Psychologist for under 18s at a Premier League Football club… He gave me an overview of the kind of training process youngsters are put through in youth training academies and how important his role was in supporting them throughout the two years they are in the academy. I got goose-bumps as he told me about the lack of mental health provision there was in the game (but reassuringly not in the club he is based in).

He shared his concerns at the youngsters lack of a plan B and how part of his role was preparing them to deal with success as well as failure, how to approach the game mentally as well as physically and how to channel criticism in to something more positive. The more he spoke, the more I wanted to write this play.

Alex and I then went away and did a bit of research on the game… and came across stories of depression, stress and suicide with some cases directly linked to the surmounted pressure that is placed on players at such a ripe age. We knew from the first sharing that we were creating a vital play that will raise awareness of the strain that is put on youngsters. It is set in the world of football but it chimes with all adolescent pressures.

Rebecca: What do you hope to achieve from this production?

Alex: We hope to produce a show that encapsulates and informs. Our aim is to take this accessible play in to schools and colleges in order to begin a debate on how to prepare yourself for the future. I spent three years working in the youth sector and have experienced first hand the transformative nature of theatre and its ability to challenge opinion and perception. Football is such an accessible subject matter. We could use it to stir discussion around ideas of racism, homophobia (still not a single player has come out in the game), peer pressure and ambition.

Rebecca: What are the central themes of Result?

Toby: Communication. I started to look for a common theme in all the boys’ stories and the word ‘communication’ came up each time. David who sustains the injury can’t talk to anyone and is suffering alone, Lofty can’t have it out with his Dad about his affair and relies on the game to hide away from it. The Coach is too proud to ask the Psychologist for help and the Psychologist is trying to communicate and connect with the boys through terminology only he understands.

Alex: The only suicide in the piece comes from the person you least expect since he is Bi-polar and a master of disguising his real emotions. We are working with a young actor who has had first hand experience of this illness and we hope to capture it with honesty. Ultimately, the message of the play is ‘Got a problem? F*****g talk to someone.’

Rebecca: Who do you hope will come to see the production?

Toby: We hope the appeal will be universal. We intend to generate a young audience who can relate to the themes and stories in the hope that it informs their own lives and choices.

Theatre holds up a mirror to the world. In my opinion, it can do two things. Firstly it can transport you to places that thankfully you’ll never have to go to so you get to experience trauma and suffering without actually having to go there but still finally helps you consider others’ plight.

Secondly, it can reflect your own life and here’s where I believe theatre is at its most powerful; when it creates enough truth for its audience to associate with the narrative: “That’s me.” Or, more importantly: “That could be me if I don’t…” The best plays I’ve seen or read have helped me to make sense of my own small world even if it was dealing with a much bigger one.

Rebecca: Why do you think mental health is a difficult discussion for young boys?

Alex: I think mental health is difficult to discuss no matter what age you are. If you discover, for instance, that you suffer from depression then it doesn’t matter at what age since, that moment, the discovery is still the same.

Toby: Young boys (and girls) have great lives these days. They go on cool holidays, have the best friends, the most loving boy friends and girlfriends and go to the most amazing parties. But then once you log off Facebook, once the self promotion is taken away you’re still left with reality. Sometimes that reality consists of having to pick up your sister after school everyday because your mum has to work/can’t work/can’t be bothered to work. Often reality is struggling to make it in to school on time because your EMA has been cut and now you have to run because you can either afford the bus or lunch that day.

Reality for some young people is sleeping with someone or stealing for someone because that’s the only form of love and attention they can rely on. For others, it’s simply that horrendous feeling of not fitting in since deep down you know you’re different. But all their Facebook statuses show them having a wonderful time and they tweet about how awesome their lives are. So after maintaining the charade on social media…where and when do they get the chance to tell someone “I’m not coping.” Everybody else is, I saw the pictures, I read the statuses so why am I the only one struggling? Why am I the only one who’s different?

I recognize there are charities and individuals out there doing invaluable work with youngsters and I’ve been incredibly lucky to have worked with some of them. But talking about mental health issues is scary and sometimes it needs sugar coating or camouflaging. Sometimes it doesn’t need the words ‘therapy’ or ‘seminar’ attached to it. I believe a ‘silly play’ is sometimes enough to get people engaging with their own inner conflicts, and even sharing them with complete strangers in a safe and creative environment; a first step towards coping before they’ve even realized it. We need more creative platforms for young people to talk.

Result is due to be shown at the Pleasance Theatre London in October 2014. To find out more about the show and Company please visit Sketty Productions or email [email protected].

Motivational Interviewing: An Evidence-Based Approach to Working with Families