Does Putting Children in Jail Solve Anything?

byOprah Keyes
in Criminal Justice, Education, News
0
ADVERTISEMENT
Share on FacebookShare on TwitterShare on LinkedinShare on PinterestShare via EmailShare on Reddit 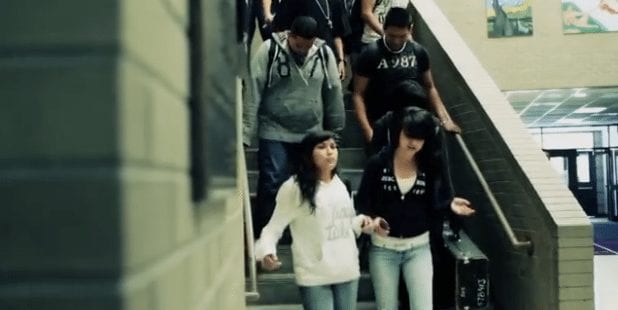 During a single year, an estimated 2.1 million youth under the age of 18 are arrested in the United States. When we think of mass incarceration, we cannot just think of adults. Countless boys and girls are funneled from schools and neighborhoods to the juvenile justice system each year, often followed by what seems to be the inevitable entry into the adult criminal justice world and its facilities.

What are the effects of the “School-to-prison” pipeline? Students of color face harsher punishments in school than their white peers, leading to a higher number of youth of color incarcerated. Black and Hispanic students represent more than 70 percent of those involved in school-related arrests or referrals to law enforcement. Currently, African Americans make up two-fifths and Hispanics one-fifth of confined youth today.

According to recent data by the Department of Education, African American students are arrested far more often than their white classmates. The data showed that 96,000 students were arrested and 242,000 referred to law enforcement by schools during the 2009-10 school year. Of those students, black and Hispanic students made up more than 70 percent of arrested or referred students. Harsh school punishments, from suspensions to arrests, have led to high numbers of youth of color coming into contact with the juvenile-justice system and at an earlier age.

It is important for us to come to a general consensus about how we want to treat our nation’s children. There are countless policies and procedures in place that, either purposely or inadvertently, burden youth with consequences intended for adults. In the state of North Carolina, 16 and 17 year olds are automatically charged as adults. Additionally, depending on the crime, a child can be charged as an adult as of age 13. Our minimum age to enter juvenile court is 6. We are funneling children into the world of mass incarceration, and arguably in some cases, we are handpicking who will suffer that fate.

Researchers have estimated that it costs society 1.5 to 1.8 million dollars to care for one habitual offender from adolescence through adulthood. So even if we cannot agree on this issue in terms of social justice, surely we could agree that spending an exorbitant amount of money to keep youth justice-involved might not be the best allocation of our limited funds.

Using Prezi to Spice Up Infographics

Oprah Keyes is in Final Year MSW Student in the Macro (Community, Management and Policy Practice) Concentration, and she is current working as intern at the Southern Coalition for Social Justice. Her social work areas of interests include Juvenile and Criminal Justice, and policy reform. She is originally from a small town in the Netherlands and moved to Chapel Hill 5 years ago to pursue by Bachelor's Degree in Sociology.

Using Prezi to Spice Up Infographics