byDeona Hooper, MSW
in LGBTQ, Social Work, Technology
0
ADVERTISEMENT
Share on FacebookShare on TwitterShare on LinkedinShare on PinterestShare via EmailShare on Reddit

Throughout history, advocacy has been used a strategy to help create awareness for an idea or cause, identify allies and partners, build coalitions, as well as influence shifts in attitudes and/or public perceptions. History has also taught us that major shifts resulting in the empowerment of an oppressed group occurred because of advocacy and not because the dominate group relinquished some of their power voluntarily for the betterment of society. Advocacy means having difficult conversations, taking a stance against the majority, going against long-held traditions, and challenging widely accepted beliefs. 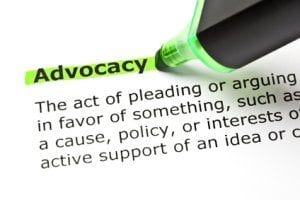 It’s not uncommon for someone in the majority or unaffected group to label someone advocating on behalf of a minority group as being “Radical” or not being validated by the majority of people. If this is the standard for assessing the existence of a problem, slavery would still be legal, LGBTQ Americans would still be in the closet, women would not have a voice, and Dreamers wouldn’t have the right to dream.

The purpose of advocacy is to speak up on behalf of those who are not being heard, falling through the cracks, and/or trapped within the margins as a result of policies and legislation with intended or unintended consequences.

If you can only engage in conversation or interact with people accepted by the majority, how does this affect your ability to advocate on behalf of those without representation? If someone raises an issue that does not align with the majority, why not investigate, identify the affected, and talk to them in order to draw your own conclusions? Advocacy requires a thick skin and the willingness to stand on your beliefs even when it’s not popular, and this is applicable whether your are championing someone else or yourself.

For week 4 of the Evidence based twitter chats, I wanted to explore engaging in advocacy on twitter. Dr. Kristie Holmes, a Congressional Candidate in the State of California, participated as a guest in the wake of the Supreme Court decision McCutcheon vs Federal Election Committee.

I used the live twitter chat format to encourage participants to use the #McCutcheon hashtag which is also being used by various advocacy groups to mount protest in favor or against the decision. By engaging in the Social Work Helper tweetchat using the #swhelper hashtag, I wanted to show how using a second hashtag in tweets could do two things. (1) Influence discussion of tweeters monitoring the #McCutcheon hashtag (2) Create a presence on the #McCutcheon hashtag by a specific group which in this case was social workers. You can view the full archive of the live chat using this link: http://sfy.co/jg2Y

Best Tweets of the Week

The #McCutcheon ruling puts it clear that we are ruled by oligarchs. No amount of advocacy will be enough. We need a revolution #SWhelper

We need to advocate for all by educating on the importance of voting in PRIMARIES. Otherwise money filters have already happened.#SWHelper

It's unlike other type of advocacy in that your simultaneously defending yourself while trying to speak for those without voices.#SWHelper

The expense of even filing is more than a minor deterrent. #SWHelper http://t.co/BhoFhSp2w9

The question is how we: Social Workers address this on a Macro level. Need a bigger team of advocates. We need you too, to step up.#swhelper

We have terrible voter turnout, especially in primaries. Showing up could change EVERYTHING. #SWHelper #ScholarSunday #McCutcheon

@swhelpercom through these chats, I'm learning the power of the tweet, and its use in advocacy! #SWHelper #McCutcheon

From comments and feedback that I have received, social workers and students may feel condemned or pressured to not engage in debate whether its politics related or others areas if not widely accepted by the mainstream profession. Also, when using the twitter chat format with a research focus as I have, problem identification and hypothesis is a necessary component. However, a six week format on different topics for the purpose of research can diminish being solution focused when the nature of research is investigative.

Today, April 13th at 3PM EST using the hashtag #SWHelper, I want to do an assessment of the past four weeks to see what adjustments can be made to improve the last two topics of the twitter study. Next Sunday, April 20th is Easter, and we will not have a tweetchat on that date in observance of the holiday. However, we will resume on April 27th and May 4th for the last two topics of the Evidence Based Twitter Study.

What is Social Inclusion

What is Social Inclusion

What If Attitudes Don't Really Matter In Creating Change?