There is something very special about a social worker in public office. As social workers, we are bound to an ethical code to uphold social justice, provide service to others, bolster the dignity and self-worth of all people, understand human relationships and communities, and act with competence and integrity in all our endeavors. When considering how these core values shape social workers’ singular objective to make the world a better place for everyone, I think most people can agree that these are the kinds of people we want representing us in government. That is exactly what Kristie Holmes is planning to do in her campaign for Congress representing California’s 33rd district. 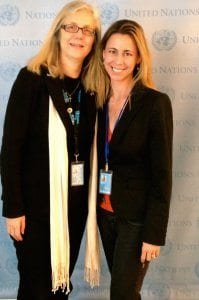 Kristie Holmes is a breath of fresh air for Los Angeles County. Unlike her top opponents, Holmes has not been a participant in the troubled public administration in her region. Rather, Kristie has been fighting at the front lines as a case worker, community organizer, and social policy scholar. As a social work professor at the University of Southern California and small business owner in Los Angeles, Holmes is in touch with the people in her community and is raising quite a following among younger voters, who are sick of establishment politicians and nepotism.

So what’s the problem? Why isn’t her name up in lights with the best of them?

Sadly, along with her virtuous political agenda and clean slate comes a major shortcoming: Money or as she refers to it in her blog, “Trial by Fundraising!” And while we all know campaigns always require money, Kristie Holmes has been exposing political financial requirements to that will make your stomach ache. According to the Markkula Center for Applied Ethics at Santa Clara University, the average congressional campaign costs over $1 million per candidate and the average senate campaign costs $4.3 million (while many go as high as $10 million and 15 million).

This leads many concerned citizens to ask, who has that kind of money? Certainly not the families and citizens politicians are supposedly “representing.”  These unprecedented financial requirements not only distract elected officials from their primary role as lawmakers, but paves a clear path for encouraging special interests in politics. As Kristie explains:

“When it is all over, what do we have to show for it?  How much have we collectively spent- on what exactly?  It certainly doesn’t go to those who need it.  In fact, it goes to funding things that voters clearly despise.”

As a determined, trail-blazing social worker, Kristie Holmes is standing up to the political establishment. She is running her campaign on policy, not politics and financial deal-making. With her hard earned, modest budget, Holmes is inspiring awe as she unwavering fights for a seat at the table. As fellow social workers, we are very proud. In her campaign blog, title “Kristie’s Adventures in Running for Congress in the Wild West” Holmes documents the process of running an honest campaign amidst a corrupt landscape of Super-PACs and sneaky political loopholes: 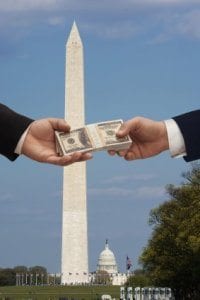 To begin the process, there is a $1,740 non-refundable fee to get your name on the ballot. Okay, steep but do-able.  But wait, it doesn’t stop there. In order the get your name and 250-word blurb printed in the voting guide (the sample ballot given to all voters before they cast their vote) candidates must pay an additional $8,600.

If you want this available in Spanish (which is spoken by about half of L.A. residents) it costs another $17,200! Further fees are required for each additional language. Just the fact that there is a language fee at all, from a social justice perspective, is ethically questionable considering the US Census reports 56.8% of L.A. residents do not speak English at home. So, all in all, it actually costs a whopping $18,940 just to have a meager presence at the ballot box.

Now, comes the campaign. There is the usual stuff: yard signs, door-hangers, TV commercials, etc. These are the kind of cost most people expect from campaigns and millions of dollars can also go into funding these. Luckily, there are low-costs alternatives to raising political awareness such as relying heavily of social media and people power in the community- the tactics Kristie Holmes is well versed in as a macro social worker.There are countless, nearly insurmountable hidden costs all along the way. Just last week, for example, Kristie was denied invitation to a candidate debate forum because the organizers required candidates to have raised over $100,000 in order to attend.

Seriously? Television commercials are one thing; denying candidates a right to speak at political debates- that is another. Requirements such as these are normal; they are a part of a regime to perpetuate the political status quo, stifle real social progress, and represent the interests of the few over the many. According to the LA Times, the Pacific Palisades Democratic Club created the requirement (which was possibly as high as $200,000) to allow only “viable” candidates to participate, as not to “dilute the session… by including candidates with little or no chance of winning.” Yet, isn’t is also true that barring these candidates from the debate is directly contributing to their poor chances of winning?

Kristie also points out that candidates for California’s 33rd congressional district only found out about the current congressman’s retirement in late January. Established candidates with an existing FEC number had less than three months to acquire their current campaign funds. However, the time frame was much shorter for new candidates who needed to apply for a FEC number before fundraising could begin. As Holmes speculates, “Perhaps a candidate has a long line of wealthy, waiting funders ready to go when they announce (due to fame or personal fortune).” Whatever the funding sources or tactics are, one this is clear: our current political system is designed to pander to wealth and power.

When a real candidate “of the people, for the people” emerges, the powers that be quickly shut them down. In such a climate, it is not a surprise that our congress looks like a Hampton country club full of white men shaking hands. As social workers and citizens, we cannot sit quietly as the political machine attempts to push aside highly qualified candidates like Kristie Holmes. The system will not fix itself. It is up to us, as voters and social change leaders, to demand better and to put people in office with integrity. We must support Kristie Holmes and raise awareness for her campaign.

As a congresswoman, Kristie pledges to fight for open government and to put an end to fraud and corruption in her district. She will fight for gender equality, equal access to education, improved care for veterans, and to put an end to the war on drug through the decriminalization of marijuana. As a social worker, she will fight for all socioeconomic groups but most importantly, those who are most in need.

Why can’t we have a Congresswoman like Kristie Holmes? I believe we can.

Learn more about Kristie Holmes and how you can support her campaign. Follow Kristie’s blog, ““Kristie’s Adventures in Running for Congress in the Wild West”