Do People with Disabilities Have the Right to Marry and Cohabit?

The right to marriage and cohabitation as persons with disabilities are not always granted or respected in society.  I learned about a case in New York where a newlywed couple filed a discrimination claim against a group home that refused to allow them to live together.  Paul Forziano and Hava Samuels are both in their 30s with intellectual disabilities.  They wed April 2013 and made the request to live together as a married couple to the group home. 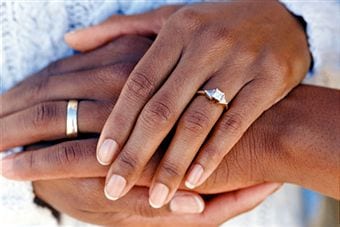 The group home denied their request, stating that the arrangement would be “impossible” and “fraught with difficulties.”  The couple and their parents ardently believed that not allowing them to live together violated their rights, and they filed a lawsuit regarding their claim.  Last month, a federal judge struck down their lawsuit, on the grounds that the couple did not prove that they were discriminated against by the group home because of their disability statuses.  Forziano and Samuels plan to appeal their case.

The notion of people with disabilities wanting companionship, intimacy, and to be married has been considered “ridiculous” and “disgusting” throughout the history of society.  The driving force behind such erroneous, and dangerous, thoughts is that people with disabilities do not desire love, sex, or long-term committed relationships.  Nor are those across the disability spectrum able to “understand” the concept of marriage, or able to give consent as to who they decide to spend their lives with and/or share a residence with.

To stymie such rights to happiness based on incorrect stereotypes about those with disabilities is in fact discriminatory and dehumanizing; it IS a CIVIL rights violation.  The Forziano and Samuels case is not uncommon; people with disabilities, particularly those with intellectual disabilities, face incredible stumbling blocks to gain access to something that the rest of society takes for granted.  Let’s not forget about our disabled LBGTQA brethren who, depending on which state they live in, would not even be afforded the opportunity to marry.

To deny someone the right to marry or cohabit because they are disabled is archaic; when will the policies and institutions that exist to assist people with disabilities catch up with the times?  What would be your reaction if a judge or a facility made the decision to not recognize your union/marriage, based solely on the fact that you and/or your significant other had a disability?  Have you experienced such discrimination?  If so, what action(s) did you undertake – filed a lawsuit, moved to another group home/facility that recognized your union/marriage, etc.?  Incidents like this shows that society has a long ways to go in accepting and respecting the humanness of those with disabilities.

Abortion in the Heartland: What’s the Solution Abortion in the Heartland: What's the Solution