How Hobby Lobby Won More than the Supreme Court

byAmanda Transue-Woolston
in News, Politics
0
ADVERTISEMENT
Share on FacebookShare on TwitterShare on LinkedinShare on PinterestShare via EmailShare on Reddit 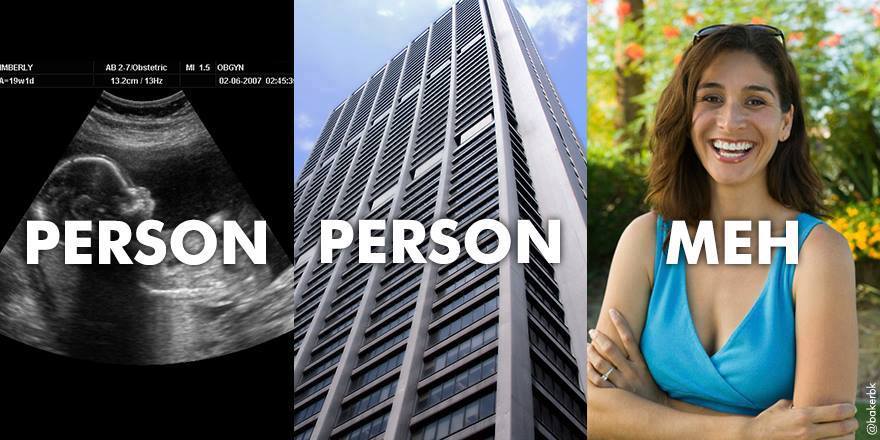 On June 30, 2014, Hobby Lobby won its contentious Supreme Court case under the claim that providing employee insurance coverage for four of the twenty contraceptive drugs mandated by health care reform violated their religious beliefs. Monday’s ruling divided judges by ideologies and gender, and once again divided a nation on the abortion issue. My gut reaction was anger and frustration that choice was once again under fire–a reaction shared by many of my colleagues and peers. Now I wonder, is there a need to get behind our respective lines drawn by our stances on abortion access…or have we all been duped?

Misinformation on the Hobby Lobby case is widespread. The media have mistakenly lead some against the ruling to believe that the affected employees will not have access to contraceptive drugs. Some in favor of the ruling point out that this is actually not true. They point out that Hobby Lobby takes issue with only four drugs, and that the ruling extends only to contraception–not other areas of religious and health care intersection such as vaccination or blood transfusions. Therefore, they say, the ruling is not that bad. Yet those of us who rely on contraceptives for quality of life know just how bad it is.

My early twenties came and went before college students could be covered under their parents’ health insurance. Suffering with chronic pelvic pain, I could not find a gynecologist within 30 miles of my home who would see an uninsured patient. Marriage eventually afforded me health insurance but not before suffering with endometriosis and Polycystic Ovarian Syndrome (PCOS) for years without access to treatment. One particularly excruciating night, I resorted visiting the emergency room. An hour later, I signed out “against medical advice” after enduring off-hand remarks from two nurses and a doctor that non-emergent reproductive issues are not appropriate for the emergency room.

It seems as though reproductive health care is increasingly unwelcome anywhere.

Indeed, the Hobby Lobby ruling specifically targeted only four of the mandated drugs/devices (Plan B, Ella, and two classes of IUDs). However, the ruling has now opened a door for corporations to excuse themselves from providing coverage for any contraception. Despite an October court loss, Eden Foods is now back in the U.S. Court of Appeals as a result of the Hobby Lobby decision. The Ave Maria School of Law sits among the plaintiffs awaiting an injunction; Justices Scalia and Thomas have both lectured there. Neither entity wishes to cover any contraception.

The ruling’s supporters are correct that Alito specified that Hobby Lobby could receive the Heath and Human Services (HHS) accommodation intended for non-profit charities that requires its insurance company to absorb the cost of contraceptive drugs. But this isn’t just about access. When a business expects to receive the benefits of incorporation they should follow legal mandates for corporations. When corporations do not have to comply with federal mandates meant to protect human health because some employees use birth control, it is to say that these employees aren’t fully human. It is one more instance where providing reproductive care gets shirked elsewhere; one less resource, one more instance where people with reproductive needs are told their care isn’t welcome here.

Make no mistake, access is indeed threatened. Although the HHS accommodation would allow closely-held private for-profit corporations to defer contraceptive costs to the insurance companies, this is not sufficient for some entities. Plaintiffs such as Wheaton College maintain that the HHS accommodation also violates its religious beliefs. Just as my hometown church community refused to shop on Sunday so as to not cause employees to sin by working, Wheaton College is concerned about causing insurance companies to, Biblically speaking, “stumble” by deferring contraceptive costs to them. Apparently insurance companies should be people too. Women? Not so much.

Consumed by their opposition of abortion, truly unable to see the forest for the trees, these plaintiffs fail to recognize the systemic effects of their actions. Human suffering. “I have never used birth control to prevent pregnancy. I have debilitating stage 4 endometriosis,” a fellow social worker, Trish, explained. “I am completely infertile and I have no fallopian tubes. Yet I require a hormonal IUD to have any quality of life.”

A fellow activist, Kara, spoke out on Facebook, “I’ve been on the Depo shot for almost ten years. I have horrible ovarian cysts, and also have PMDD [Premenstrual Dysphoric Disorder] which is a mental health issue–it’s like PMS overboard. It’s not well known but very serious. In high school I was in the mental hospital every time I got my period. The Depo stops my period so I don’t have PMDD anymore and it also makes my cysts less frequent and less painful.”

A colleague and journalist, Julie, pointed out that the very drugs Hobby Lobby sought to deny coverage for are used to treat women experiencing painful miscarriages. Julie herself uses contraceptives to manage her PCOS, “I need the androgen blocking action of birth control pills.” She added, “What peeves me about the Hobby Lobby/Conestoga case is that employers are now allowed to make broad, sweeping assumptions based on ‘religious’ beliefs and deny women medications that are used for all sorts of things.”

Hobby Lobby stifled the voices of contraceptive users, the science behind how the drugs actually work, and the truth about what they are used for. Hobby Lobby supporters didn’t recognize that the abortion debate did not need to rear its ugly head in this case. Abortificent drugs were never under question here–not the four drugs under fire, not the remaining 16 on the mandated coverage list. Not one. The FDA’s decision to label the products as having the possibility of preventing implantation lacked empirical backing and caused widespread misinformation. Foremost, blocking implantation does not meet the medical definition of “abortifacient.” Regardless, not one of the drugs under fire blocks implantation nor are they abortifacient in nature.

As the abortion debate raged on, could it be that Hobby Lobby pushed the public discourse to abortion to distract from latent goals embedded in their actions? At this point, it is impossible not to consider the relevance of corporate greed. What is to stop a company from removing contraceptives from their benefits packages simply to reduce what they pay out to employees in exchange for their hard work? Let’s be clear. Hobby Lobby glaringly lacks ideological consistency by finding spending money on birth control morally objectionable but not objectionable when investing money in companies that manufacture actual abortifacient drugs.

It seems that some fail to see the ruling as a “big deal,” not because it is just, but because they expect women and gender variant people to be accustomed to discrimination. Although this discrimination in and of itself is unacceptable, it is not so neatly confined, away from negating access to other health care necessities like vaccines as some believe. Five types of widely used and relied upon vaccines are produced from embryo cells grown from two embryos from voluntary abortions in the 1960’s. It is no secret these vaccines have long come under fire for the same deeply-held religious views on abortion presented in the Hobby Lobby case.

Looking into the chestnut eyes of my youngest son today, I realized the most important thing I have ever used contraceptives for: to be able to conceive my children. I was finally able to afford treatment for my reproductive illnesses when marriage afforded me coverage under my spouse’s plan. After 18 months, I got pregnant with my oldest son. After another 18 months and a miscarriage, I got pregnant with my youngest son. As I sit here and hold my child, I know full well that without insurance coverage for “contraception,” I might never have met this beautiful boy.

The recent ruling and the subsequent chain of rulings that will follow it do not “protect life.” Now it will be harder for some birth control users to find quality of life, to take steps to prevent abortions, or to overcome infertility. Hobby Lobby used the stereotypes and misinformation surrounding four specific drugs to encourage public support and ensure its victory. In the end, they didn’t just win a ruling. They won the opportunity to exercise control over the public discourse on contraceptives, women’s rights, and religious freedom.

I am obviously pro-choice, but instead of debating abortion in this case, I wish for the dialogue to expand on what “birth control” is used for and that what a person uses their birth control for isn’t anyone’s business. I want people to know it means to a woman in pain who makes $10 an hour hear from the pharmacy counter and worry if she can afford the care she needs.

Let’s take the discourse back and put it where it belongs: out of the hands of corporations and into those who have to live out these decisions that have been made for them.

Where Are HBCU’s in the Face of Inclusiveness?

Amanda H.L. Transue-Woolston, MSS is an author, speaker, and social worker with a Bachelor's degree and a Master's degree in social work. Amanda has served the adoption and foster care communities through individual and family clinical work, group work, writing and presenting, and working for positive policy change. Her writing and presentations have reached broad audiences through multiple books, magazines, major news and radio interviews, and conferences, and she has engaged with legislators at the state and congressional levels on adoption policy. Amanda founded Pennsylvania Adoptee Rights and the collaborative writing project Lost Daughters.  Amanda co-facilitates an adoption support group for anyone connected to adoption, and is a quarterly contributor to Gazillion Voices Magazine.  She is the author of "The Declassified Adoptee: Essays of an Adoption Activist" and a co-editor and contributor to numerous other works.  Amanda is best known for her internationally recognized, award-winning adoption blog, The Declassified Adoptee.  Find more of her work at www.amandawoolston.com.