byPhilip Patston
in Parenting, Technology
0
ADVERTISEMENT
Share on FacebookShare on TwitterShare on LinkedinShare on PinterestShare via EmailShare on Reddit

The phrase “digital native” has evolved pretty effortlessly into the common lexicon in the last five years, but is it accurate or a misnomer? The most relevant definition of “native” in this context is “belonging to a person by birth or to a thing by nature; inherent” (Dictionary.com). So do iPads, Facebook, X-box anything else in the digital/online/connected world, to which we may refer to young people as being native, belong to them by birth, by nature or inherently? 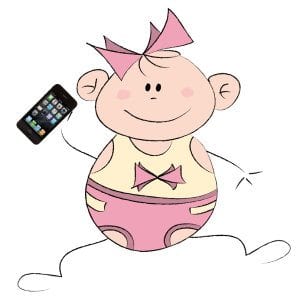 I’m splitting hairs here, I know. The thought only came to me half an hour ago in a discussion with someone who may well be described is “digitally native,” so it’s not like I’ve thought deeply about it. But it’s interesting to consider an alternative frame: that kids and young people aren’t native to technology — they’re being colonized by it.

It’s hard to find a wide enough definition of “colonization” to encompass the socio-cultural meaning social activists and critics ascribe the term, but Wikipedia did throw up an interesting alternative:

Cocacolonization (alternatively coca-colonization) is a term that refers to globalization or cultural colonization. It is a portmanteau [combination] of the name of the multinational soft drink maker Coca-Cola and the word colonization. The term is used to imply either the importation of Western (particularly American) goods or an infusion of Western and especially American cultural values that competes with the local culture.

No, it’s not a perfect match. But think of the likes of Apple, Microsoft, Facebook, Twitter and other brands that have infiltrated our lives in the last five to fifty years, not to mention the Internet, through which these brands have become globalised to the point of omniscience. It’s not hard to see how these capitalist forces (incidentally Marxist theory equates capitalism and colonialism) have been imported and infused into the lives of our children.

No baby has yet, as far as I know, been born clutching an iPhone, which would better embody the concept of “digital native”. So it’s interesting that we’ve chosen this more benign term to describe a phenomonen that has been imposed on children by the free market.

I’m all for technological development, don’t get me wrong. I’m an early adopter if ever there was one. But as an adult I adopt new technology by choice.

What we need to keep reviewing, I think, is how early we allow children to adopt technology. If we think of them as digital natives, we may be risking the loss of a sense of restraint, which may be leading us to allow them to adopt it prematurely.

The idea of digitally colonizing our kids, on the other hand, may make us think again about how old they are before we let their minds be gobbled up by our smartphone interfaces.