Earlier this month, the U.S. Equal Employment Opportunity Commission (EEOC) took action by filing a lawsuit against Wal-Mart for allegations that the supermarket chain unjustly fired an employee with an intellectual disability who worked at the Rochford Walmart store in Illinois.  The grounds of the lawsuit pertains to the claim that the store revoked the employee’s workplace accommodations, and as a result, made it difficult for him to complete his job tasks, was unfairly disciplined, and ultimately fired from his position. 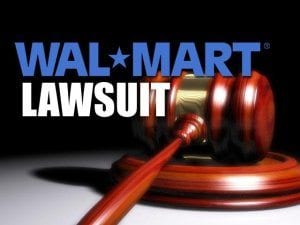 John Rowe, the Chicago EEOC district director, stated the following about the investigation the EEOC conducted on the discrimination allegation:

What our investigation indicated is that Wal-Mart rescinded a long-standing practice of giving written job assignments to the employee, William Clark. That accommodation had been the key to permitting Clark to successfully perform his job during an 18 year career at Wal-Mart and to his meeting the company’s performance expectations. We determined that shortly after rescinding the accommodation, Wal-Mart began disciplining Mr. Clark for supposed performance issues, and that ultimately lead to his termination.

(Quote from the EEOC’s press release about Wal-Mart lawsuit.)

The EEOC did not pursue a lawsuit at first with this case; it tried unsuccessfully to reach a pre-litigation settlement through its conciliation process.  The EEOC filed its case on July 1st, 2014, in the U.S. District Court for the Northern District of Illinois, Western Division.  The EEOC filed the suit under the Americans with Disabilities Act (ADA), which prohibits workplace discrimination under Title I.  Title I outlines the responsibilities of places of employment to provide reasonable accommodations to disabled employees.

John Hendrickson, regional attorney of the EEOC’s Chicago District Office, stated the following as to why the EEOC took the stance it did in suing Wal-Mart for disability discrimination:

The EEOC’s position in this case is that Wal-Mart just took away — with no good reason — an effective workplace accommodation of an intellectually disabled employee. That reversal fatally compromised the employee’s ability to continue doing a job he had done so well for many, many years, and ended up with him being fired.

It’s hard to fathom what drove Wal-Mart to this course of action, but the EEOC response will definitely not be a mystery. We intend to show that the company’s action was a particularly senseless violation of the Americans with Disabilities Act — an especially hurtful injustice — that Mr. Clark is entitled to full make whole relief and to punitive damages, and that the public interest requires strong injunctive measures to correct Wal-Mart’s practices.

(Quotes from the EEOC’s press release about Wal-Mart lawsuit.)

This is not the first lawsuit the EEOC brought against Wal-Mart this year.  In March, Wal-Mart was ordered to pay a $363,419 settlement for an EEOC sexual harassment and retaliation case.  In that case, Wal-Mart was found to be in violation of federal laws by permitting a co-worker to sexually harass an employee with an intellectual disability working at a Wal-Mart store in Ohio.

Wal-Mart promotes itself as being a supermarket store that cares about its customers and employees, but it seems that the giant chain has a peculiar way of accommodating and protecting the rights of its disabled employees.  As customers of goods, we have a responsibility, regardless of our abilities, to inspect the conduct of such businesses, and possibly reconsider where we spend our hard earned money if they are found guilty of discriminating against certain groups.