byKay Castillo
in Local, News, Politics
0
ADVERTISEMENT
Share on FacebookShare on TwitterShare on LinkedinShare on PinterestShare via EmailShare on Reddit

Last week, the General Assembly saw more action from the Senate than the House, and Senators have been meeting in Rules Committee the past couple of weeks to pass a few pressing bills. On Thursday, while discussing Medicaid Reform on the Senate floor, Senator Bryant sought an amendment to expand Medicaid. Unfortunately, but not surprisingly, the amendment failed.

Senators commented that this was the fourth time they voted down to expand Medicaid in the state. The House did meet on Thursday and Friday of last week, but they had little committee activity during the week. Despite filing an adjournment resolution for Friday, July 25th, the House does plan to meet this week. Rumors started over the weekend that legislators have reached another deal on the budget, so we hope to see the proposal this week. 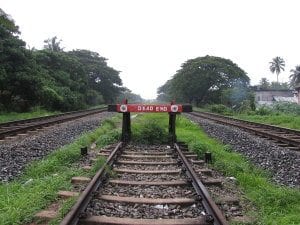 HB 1181 Medicaid Modernization: This is the bill that would create a new department to oversee the operation of Medicaid and NC Health Choice run by a seven member appointed board, create full capitation by 2018 (instead of fee for service), integrate physical and behavioral health by 2016, and much more to reform Medicaid in our state. The bill went to committee to push back a few dates in the bill including the creation of the new department from August 1, 2014 to September 1, 2014. Senators will take a third, and final, vote on Monday night. The bill then has to get approval from the House before it is made law. No word yet on the House’s position on the bill.

HB 369 Criminal Law Changes: This bill passed out of the Senate last week and is scheduled to be heard on the House floor on Tuesday. The bill will allow NASW-NC and other partners to work with the Human Trafficking Commission on age appropriate sexual abuse education for students and teachers. The bill also makes several changes to various criminal laws such as expungement for certain offenses and higher penalties for providing inmates with cell phones.

HB 1133 Technical and Other Corrections: A bill that normally marks the end of the legislative session, the House and Senate have been working on a technical corrections bill to tie up loose ends of the session. Usually very technical in nature (spelling errors, corrections to previous bills, etc), the bill had a surprise section that would eliminate the Child Fatality Task Force that makes statewide recommendations to prevent unnecessary deaths of children.

During the existence of the Task Force, childhood death has decreased by as much as 32% in the past three decades. During floor debate, Representative Grier Martin (D-Wake), ran an amendment to eliminate this section of the bill and it passed overwhelmingly. The bill passed out of committee and passed the floor Friday. The bill will now go to the Senate.