byPano Savvidis
in Disability, News, Technology
0
ADVERTISEMENT
Share on FacebookShare on TwitterShare on LinkedinShare on PinterestShare via EmailShare on Reddit 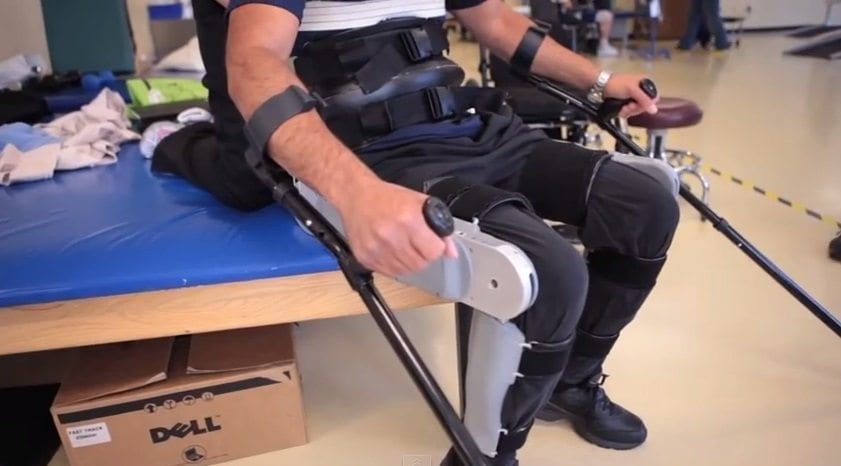 The fictional marvel of robotic technology, exoskeletons, and robot suits are all just a vision of a faraway future. We’ve all seen countless sci-fi movies about robotic limbs and mind-operated machinery but today, this type of technology could be possible to help paraplegics and disabled people walk again.

In November 2013, Forbes reported that the technology was nearing commercialisation, told with a recent story on Michael Gore, a man who was left unable to walk or stand after breaking his back during a 12 foot fall in a workplace accident. Vanderbilt University and engineering experts at Parker Hannifin introduced a new portable system, Indego, which was a lightweight exoskeleton designed to help people regain their mobility. This lightweight system, weighing just 27 pounds, was tried and tested by Michael Gore five years after he became paraplegic.

Watch his full story here on Youtube, where Gore talks about how the new technology by Parker Hannifin and Vanderbilt University has transformed his life.

Human exoskeletons, as seen in the Michael Gore story are designed to work alongside intensive rehabilitation care. With the correct rehabilitation, the mobility improvements with an exoskeleton can be dramatically increased. The engineers at Parker Hannifin were focused on creating a robotic system that was easy to use and lightweight to wear. With no backpack, unlike other prototypes created in previous trials, the Indego system was designed to give something that is utterly priceless – independence.

Another system, which first made the news back in 2009, was a Japanese suit called HAL (Hybrid Assistive Limb), an engineering project at Cyberdyne Corporation in the city of Tsukuba.

HAL, weighing 23kg, unlike the Indego system, uses a backpack battery, is strapped to the body, and can be controlled by thought. More recently, in July 2014, reports reveal that scientists all over the world are in a race to bring these life-changing systems to market, including the makers of HAL.

Robotics Today and in the Future

In 2014, it seems the new technology is popping up everywhere. Although we are not at the stage where we can introduce robotic suits in all hospitals and rehabilitation centres, we are becoming closer and closer to the possibility of more stories like that of Michael Gore.

Currently, for paraplegics and people who are disabled, living with a disability still proves to be a challenge. However, our current advancements in technology can still help them become more mobile and therefore, more independent. For instance, the market is now abundant in disabled cars, including self-drive vehicles which can help someone with a disability regain a feeling of independence once again.

One of the most groundbreaking advances we have in motoring is what’s known as a ‘Drive from Wheelchair’ vehicle, a car that allows someone in a wheelchair to drive the car themselves. To find out more about self-drive technology or adaptive vehicles have a look online.

In addition, there are still many up and coming developments including telepresence robotics; a technology that allows quadriplegic patients to enjoy a full tour of museums and galleries, without leaving their homes.

Not only is robotics shaping the world of healthcare but there could be an indication of this type of engineering extending to other areas – perhaps retail – in the far future. Massachusetts Institute of Technology has trialed an augmented robot hand that gives human wearers two extra fingers, allowing us to do things we would ordinarily not be able to do.

Yet another system, known as ReWalk Robotics (by Argo Medical Tech), has made recent news. This time, the trial delivered fantastic results with the FDA giving the robotic system full approval for the USA.

After rigorous testing and multiple trials and studies, on June 28th, 2014, ReWalk has finally been approved for marketing in America. With this progress, we are another step closer to helping some paraplegics walk again. The sanction from the Food and Drug Administration now means that anyone with lower body paralysis could have the opportunity to purchase a motorised exoskeleton suit. Find out more about how the ReWalk suit is used in the video below:

Pano Savvidis is an MSc Marketing graduate working in the digital marketing industry for over 5 years and specializing in content marketing new media strategies for mid-sized and large companies. His passions include travelling, swimming and listening to good music.