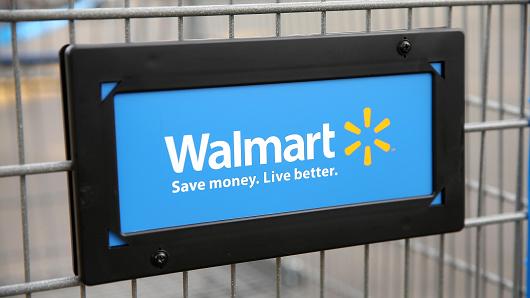 On Tuesday, July 22nd, 2014, I published an article titled, Wal-Mart Being Sued for Disability Discrimination by the EEOC in Chicago, here on Social Work Helper.  My article summarized the press release the U.S. Equal Employment Opportunity Commission (EEOC) posted about it taking legal action against the gigantic corporation Wal-Mart for allegedly rescinding work accommodations for an employee with an intellectual disability, and later disciplining and terminating him from his position.

On Wednesday, July 23rd, 2014, I was contacted via email by Betsy Harden, who is a part of Wal-Mart’s Media Relations department.  Ms. Harden requested that I update my article with Wal-Mart’s response to the lawsuit, in order to give Wal-Mart’s side of the story.

Below was the said email from Ms. Harden, with Wal-Mart’s statement about the lawsuit in bold:

I am writing regarding your story, “Wal-Mart Being Sued For Disability Discrimination By The EEOC In Chicago.” Did you reach out to anyone on our team for a comment? We always appreciate the opportunity to respond to stories that include us. I’ve included our response below – could you please update your story to include this?

“We strongly disagree with the allegations raised in the complaint. Walmart does not condone or tolerate discrimination of any kind, and our company has thousands of associates who regularly perform their jobs with reasonable accommodations which we have provided. Our review of the facts in this case show that at no time did Mr. Clark ever request a workplace accommodation, nor did he ever indicate that a disability interfered with him performing his job. We ended Mr. Clark’s employment for repeated safety violations.”

Please don’t hesitate to call or email with any questions.

My first reactions to receiving her correspondence was shock, then enthusiasm.  Both responses stemmed from the fact that a mega supermarket chain like Wal-Mart caught wind of my story, a story that got on my radar from a posting on the Disability.gov’s newsletter the week prior.  I decided to inform Deona Hooper, the Founder and Editor of Social Work Helper, about Ms. Harden’s email, and she and I agreed that a response to the email was needed, and the request for an article publishing Wal-Mart’s statement would be granted.

Here was the response I sent to Ms. Harden about her request:

Thank you for providing a statement from Wal-Mart about the pending legal situation filed by the EEOC branch in Chicago.  I do plan to write a follow-up article with Wal-Mart’s statement in full regarding this matter.

According to the EEOC’s press release, Mr. William Clark’s prior accommodation was rescinded, then he begin receiving disciplinary actions, which supposedly led to his termination. When Mr. Clark began his 18 years career at Wal-Mart, had he received a written accommodation(s), specifying what his need(s) were so that he could complete his job tasks and requirements to the best of his ability?

As a writer, I do my best to ensure to provide both sides of the story, in this case Wal-Mart’s and the EEOC’s, to my readers and the public.  Ms. Harden, if there is additional information or statements you would like to provide on behalf of Wal-Mart for the follow-up article, that would be greatly appreciated.

At the time this article was published, I have yet to receive a response from Ms. Harden about my question regarding if Mr. Clark had received written accommodation(s) for his particular need(s).

As I noted in my reply to the Wal-Mart representative, I aim as a responsible writer, and avid disabled advocate, to ensure that both parties are able to provide accurate information and statements to issues that affect the inclusion and equality of disabled Americans.  It is only fair that I reach out to the EEOC about the statement Wal-Mart sent me about this legal matter.  I was able to make contact with an EEOC employee at the national headquarters, and received the contact information of a paralegal who would be able to shed more light about this case.  I did contact the paralegal via email, sharing the email exchanges between the Wal-Mart representative and myself, and requesting if the EEOC would like to submit a statement/response to Wal-Mart’s stance about the lawsuit.  At the time this article was published, I have yet to hear from the EEOC paralegal.

The fact that Wal-Mart responded so quickly shows that the Corporation does care about its image, as far as being perceived as a fair and accommodating employer.  Until a ruling is handed down in court, Wal-Mart is innocent of any wrongdoing in this case.

This is the first legal case that I have been drawn into by one of the parties, and I plan to keep the SWH readers updated on any future responses I may receive from either Wal-Mart or the EEOC about this case, and the verdict of the lawsuit.