The Sport of Coming Out

byPhilip Patston
in Human Rights, LGBTQ, News, Social Justice
0
ADVERTISEMENT
Share on FacebookShare on TwitterShare on LinkedinShare on PinterestShare via EmailShare on Reddit 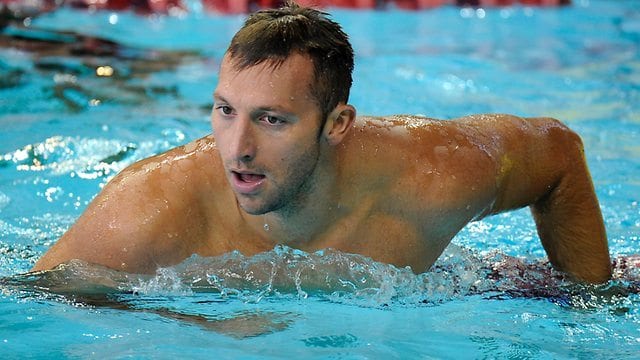 Australian swimmer Ian Thorpe is the latest in a long line of sports “stars” to come out as gay in an interview with celebrity interviewer Sir Michael Parkinson. It seems to be a sport in itself these days: to play professional sport and reveal that you’re gay. Perhaps a better sport might be to place bets on who will be next. David Beckham? Too good to be true.

But the real question — or the bigger conversation we’re not having — is about the “casual homophobia”, as Kath and Kimactor and out lesbian comedian Magda Szubanski puts it, in sport that stops people like Thorpe coming out — or never having to “go in” in the first place. In the Parkinson interview, he said keeping his sexuality secret was good for his career. He didn’t know if Australia wanted its champian to be gay. The lie was convenient and increased his maketability. He didn’t want to be gay.

It seems this “casual homophobia” is alive and well in more places in society than sport. I would say that there are many people — not just sportspeople — who keep their non-heterosexuality secret because it’s good for their career, they don’t know if their parents and friends want them to be gay, it’s more convenient and easy, socially, to be seen as straight — so no, they don’t want to be gay.

Which begs the question, how far have we come in liberal society, not to mention conservative pockets (religion, Russia etc), in the fight for human rights around sexuality, among other non-normative characteristics like gender (binary and non-binary), functional diversity, even race and ethnicity?

Not as far as we’d like to think, I’d suggest.

Australian Human Rights Commissioner Tim Wilson was in NZ recently and, according to the NZ Initiative, “argued that human rights are supposed to be sacrosanct principles, and criticised the expansion of human rights from their classical liberal origins.” Freedom, Wilson believes, is “the fundamental human right.” Anything more are social aspirations, which “come at the cost of freedom. While they may be worthy goals, they should not automatically be given equal status to the classical human rights.”

I agree with the Commissioner and have been saying a similar thing, to half-deaf ears it often feels like, in my work on labeling and diversity. The more grounds we add to the list for which we can be accused of unlawfully discriminating upon, the more we highlight difference. The more we highlight difference, the more scrutiny it attracts. The more scrutiny, the more at risk we become of being excluded by others’ prejudice. The more at risk we are, the less fredom we have.

Gay rights did nothing for Ian Thorpe — in fact I would almost say it did him a diservice. I’m not saying that gay rights are wrong or bad or shouldn’t have happened, nor that they haven’t improved the lives of some people. But, as Tim Wilson points out, gay rights come at the cost of the freedom to not have our sexuality put under scrutiny.

I was telling a friend a few days ago that, when I was seventeen, some thirty years ago, on the cusp of homosexual law reform but a decade and a half before gay human rights legislation was passed, I wore a badge at school saying, “How dare you assume I’m heterosexual”. Not out then, when people asked whether I was meaning I wasn’t straight, I clarified that the point of the messagee was the emphasis on “assume.” Now, whether I had automatic immunity from homophobic slurs due to my unique function, I’m not sure, but I’m also unsure I’d feel as comfortable wearing that badge as a student at school now.

Why not? Because the scrutiny of sexuality would put me at risk of other students’ prejudice. I’ve heard stories that it’s harder to be queer at schools today than it was decades ago, simply because kids are more aware. Such is the shadow of liberation; such is the cost to freedom.

How far have we really come?

#IfTheyGunnedMeDown: The Fear of Black Youth in America